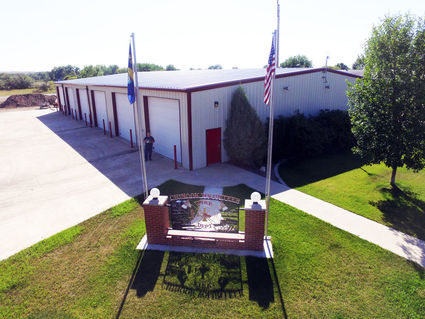 The Chinook Volunteer Fire Department recently received news that a grant they had applied for back in March had been approved.

The severe winter storm and subsequently lengthy power outage back in the fall of 2017 prompted Assistant Fire Chief Scott Gallus to begin looking into a better source of backup power than the one currently in place.

He began looking into various grants and generators that would cover the needs of the department in severe emergencies.

Gallus eventually found a Homeland Security Grant available through the Montana Disaster and Emergency Service. The grant is only available from January to March of each year, so he had to wait until this spring to apply.

"We applied and were notified in September that we had received the grant. It comes in at just under $35,000 and is for the purchase of a generator that will fully support the department," said Gallus.

The generator will be a huge asset to the CVFD. The one used by the department currently is only able to power the overhead doors and minimal lighting. Another issue with the current set up is that it is gas operated, meaning they are unable to refuel if they run out because the pumps are electric.

The generator systems Gallus looked into will not only be able to lift the overhead doors but will be able to allow the department to function fully. The new system will be able to run on natural gas and will contain a backup system for propane use to ensure continuous operation. Another big benefit will be the departments ability to successfully and completely refill all of their breathing apparatuses and gear necessary to perform their job efficiently.

"The next step is to put out bids for the project in the very near future," add Gallus. "It would be nice to have it installed by the end of the year, but realistically we're probably looking at spring for completion.

The grant application process was quit detailed and required some long hours, "We were required to do what is called a 'Historic Preservation Study Screening'," said Gallus. "The idea is to ensure our project didn't affect any wetlands, historical buildings etc."

In addition Gallus had to get aerial photographs taken, side photos of the project location and neighborhood photos to include with the screening.

In the end, it is all worth it, "It was a long process, but the Chinook Volunteer Fire Department and the community will both benefit greatly from it. Having the generator will ensure our ability to serve the community to the best of our ability," concluded Gallus.