Labor Day: A End of Summer Celebration, or a Holiday with Bit More Meaning? 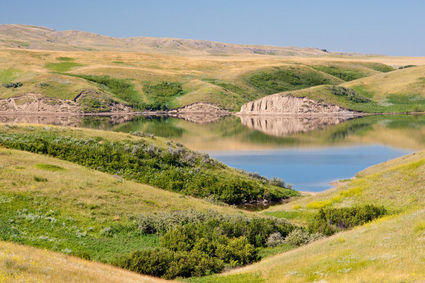 Summer in Montana is generally defined in two ways. The first being, it starts the day the kids get out of school and ends the day they go back. For some that certainly is the case. For most though we generally associate the summer season to begin Memorial Day weekend at the end of May and end Labor Day weekend the first part of September.

Monday, September 7 we will celebrate Labor Day and enjoy the final three-day weekend of the summer. Memorial Day weekend has a long and purposeful meaning to it and is widely recognized for its intended purpose. That being said, Memorial Day is also often used as a get together among family and friends with barbecues, weekend getaways to include camping and fishing. Labor Day is often celebrated in the same fashion with larger gatherings marking the end of summer and getting back to the grind as we prepare for fall and another Montana Winter. But what's the real meaning of Labor Day? What's it's intended purpose? Does it have one, like Memorial Day.

The answer: Not really, but kind of. Labor Day doesn't have many rituals associated with it other than end of summer barbecues and is always held on the first Monday in September and is a recognized United States national holiday.

While most generally associate it with barbecue's and shopping and he start of the school year and the end of summer it's origin actually has meaning. It was originally meant to serve as a day to recognize the American worker and the American work ethic.

It's history dates back to the late 1800's and those fundamentally involved in its inception had a very different type of holiday in mind. Meant to celebrate the Labor Movement it began with lavish parades showcasing "the strength and esprit de corps of the trade and labor organizations" of each community. The parades were followed by festivals meant to entertain the workers and their families. Union leaders often spoke at such events as well as educators, industrialists, clerics and government officials.

As with most modern holidays the first Labor Day celebration took place in New York City. The inaugural celebration was held on Tuesday, September 5, 1882. Within two short years 23 additional states had joined in the celebration. On June 28, 1884, the first Monday of September was designated a holiday when President Grover Cleveland signed a law directing its creation.

Peter J. Maguire is credited as the originator of the Labor Day idea, though some new research has suggested that the ide may have in fact been that of his brother Matthew. Maguire was a Labor Union leader in 1882 when he suggested the idea of honoring the American worker. Serving as the General Secretary of the Brotherhood of Carpenters and Joiners as well as the Co-founder of the American Federation of Labor, Maguire suggested that the beginning of September, as a matter of convenience, would fall nicely between the Fourth of July and Thanksgiving Day holidays.

The newly discovered research leads some to believe that Matthew had first suggested the idea while serving as the secretary of Local 344 of the International Association of Machinists in Patterson, New Jersey

Recent research indicated that Matthew Maguire, later the secretary of the Central Labor Union in New York proposed the holiday in 1882. Matthew later served as the secretary of Local 344 of the International Association of Machinists in Paterson, N.J. Whoever's idea it truly was may never be known but it is certain that the Central Labor Union adopted a Labor Day proposal and made it happen.

So, as we know, the day was originally designed to recognize the American worker it is clearly safe to say it has become something entirely different as the focus of modern-day America has shifted away from organized labor. That being said, there is no need to waste a perfectly good holiday and the transition began into a summer ending celebration of barbecuing and get togethers.

Despite the change in focus we can still maintain that it is still a day to pay tribute to the American worker. On average American workers still work more hours while taking less vacation and time off than our western counterparts. Americans are undeniably connected to our work more so now than ever. In turn, think of it as a way to honor our hard work with some fun, bring some balance to the work/life union and enjoy a day set aside for the American worker because it has been earned.

Maybe to add some meaning to the day, take a moment to thank all the hard-working Americans that came before us, that built the foundation we are now enjoying and then go enjoy the picnic, barbecue or whatever type of gathering that is planned.