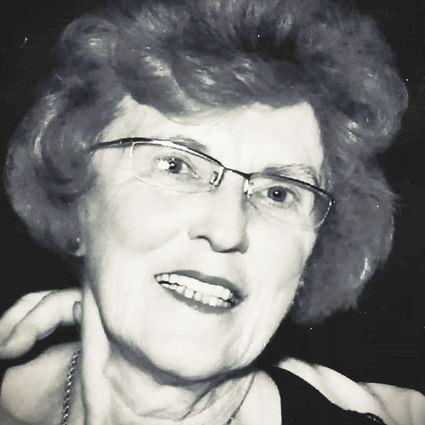 A born romantic raised on the Montana plains, she became a champion for justice and independence for women. Known to suddenly break out in song or recite dramatic verse, she set an example for living life to the fullest.

Ellen grew up in a family of six on a ranch on the Milk River west of Chinook known tongue-in-cheek as "The Neversweat." Because of wartime material needs, electricity didn't come until 1947; it wasn't a glamorous life, but a rich one. Among her cherished childhood memories were depleting the battery in the farm truck listening to the Metropolitan Opera, or slipping away to read books in the attic of the chicken coop. She wrote dozens of stories about the period, which were published in a collection titled, "Wild Roses and Prairie Needles."

Ellen was valedictorian of Chinook High's class of '53. At the University of Montana, she won academic scholarships and worked in the registrar's office to pay her way to a bachelor's degree with honors. Throughout college, she dated her high school sweetheart Keith Opprecht (though he attended the rival school in Bozeman) and they married the summer they graduated university.

After completing his masters degree, Keith got a job at a new rocket factory in northern Utah, and Ellen began teaching at the local high school. When their youngest started school, Ellen began teaching at Utah State University. She was completing a masters degree in business when she took a position in the personnel department at Thiokol Chemical Corporation, where Keith was employed as project engineer. One of her proudest achievements was standing up for fair labor practices at the large defense contractor, in the face of a brisk patriarchal headwind. Her example remains an inspiration to young women.

Later, as a certified financial planner (CFP), Ellen performed contract and pro-bono work in northern Utah, especially for women in the community. She also served as financial advisor to (and board member of) the Ogden Symphony and Ballet Foundation.

Life was an adventure for Ellen and Keith. They visited every continent, hot-air ballooning in Africa, bungee jumping in New Zealand, and exploring glaciers in Iceland. Her love of history took her to Egypt, Greece, Xi'an, and Gettysburg. Until her very last years, she climbed the local mountains with her Power Hikers group, played bridge often twice a week, managed her financial planning business, and remained active in the philanthropic organization for women, PEO.

Despite having endured the tragedies of two infant deaths and the lung disease that gradually and literally took her breath away, Ellen considered herself blessed throughout her life. She was preceded in death by her children Annamarie and Marshall Neil. She is survived by her husband Keith, her children, Kurt, Kerrie and Matthew, and grandkids.

Memorial donations can be made to Trails Foundation of Northern Utah, https://tfnu.org (at Ellen's request).