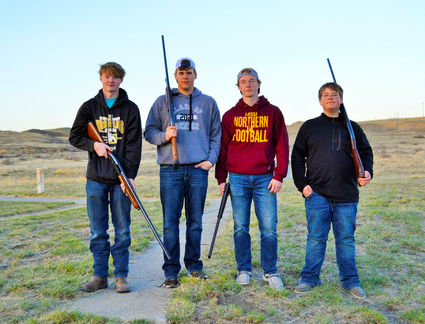 The Harlem FFA is in the midst of a five week trap shoot series to generate funds for travel expenses. All trips have been made for the current school year so the proceeds will be used for the 2021-22 school year. Some of the money generated will be used for awards to be given out during the final shoot of the season on May 14.

The Harlem FFA Chapter is under the direction of Harlem High School Ag Teacher Lisa Hamilton.

There are currently 12 active members. Andrew Rasmussen is the President, Zach Kinyon is Vice President. The Treasurer is Brent Cole, Alaynee Hawley is Secretary. The Reporter is Alaura Hawley, Stanley Spangelo is the Sentinel and the Historian is Keonna Medicine Bear.

The first trap shoot was held this past Friday April 16 and included chapter members Andrew Rasmussen, Stanley Spangelo, Zach Kinyon and Ty Kinyon. The quartet was joined by several shooters that came down from Havre to support the event.

Hamilton is more than happy to be the Advisor to the local chapter and is thrilled with the way things are going, "This past Friday was the start of our series and I feel we had a good turnout so far. It is a community service event mainly to create a family fun event for the Harlem community and surrounding areas."

Hamilton reminds everyone that they are welcome to come shoot with the FFA chapter members, "It is open to anyone who wants to shoot trap. Anyone can come and shoot. We encourage people to come and join us at anytime. To qualify for awards you have to shoot at least four out of the five times. You can shoot twice in a row if you know you will miss one of the Friday shoots."

The Harlem FFA Chapter is generally very active in the community with their fundraising efforts, but like so many other functions they have been hampered by COVID-19 restrictions. 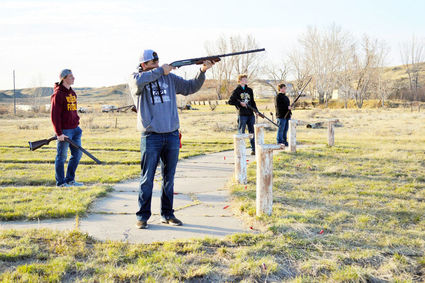 "The students suggested this event and the chapter officers have been involved in the cleanup and preparation to make it all happen," said Hamilton. "I also have wonderful FFA parents who are always there to help out."

The range is located next to Ezzie's bulk plant heading up Harlem Hill just on the right.