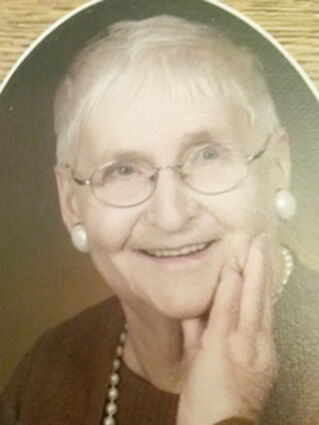 Dorothy was born on January 22, 1932 in Cottonwood, ID to William and Estelle Sheeler. She worked as a telegraph operator in Montana where she met and married Howard L. Granlund in 1956. They farmed near Loring and raised five children, Diane Brady, Mesa, AZ, Alice Fitzgerald, Cascade, MT, Gary Granlund, Havre, MT, Bill (Kim) Granlund, Malta, MT, and Fern (David) Sutherland, Kalispell, MT. Dorothy then worked at the GN in Malta before moving to Cascade in 2013. She was a member of the Malta Lutheran Church, enjoyed morning "coffee club" and swimming at the Sleeping Buffalo with special friends.

Dorothy was preceded in death by her husband, her parents, sister Norma Grabofsky, sister Francis Frazier, and brother Robert Sheeler.

A Celebration of Life will be held in Malta at a later date.