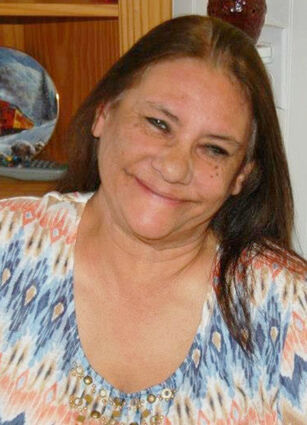 Loving Mother, Grandmother and Friend, Nancy Theresa Monsrud, 70 (69 at heart), passed away Sunday, June 5th, 2022 after a fierce and courageous 8 month fight with Covid-19. Nancy began her journey home with her Daughter and two of her Grandchildren by her side, holding her hands.

Nancy was born on January 15th 1952 in Portland, Oregon, to Nancy Lou Rumgay. She later welcomed a baby brother, Gregory Keaton, whom she loved very much. Nancy Lou passed away from Cancer in June, 1966. Nancy and Greg then went to live with their Aunt, Uncle, and Cousins Mike, Patti, Jack and Jill in Kansas City, Missouri. A bond was created between the children and they began to call one another siblings.

Back in Portland, Nancy later met and fell in love with Donald Martin Meng. They married on April 12th 1971 and to this union, two daughters were born. Nancy Ann Marie in December 1971, and Crystal June Nicol in October 1974. They later divorced, but remained close friends through the years, with Nancy becoming friends with Donald's new wife, Janet. When it was apparent we were going to lose her, Donald made the trip from Portland to Coeur d' Alene while she was still aware and they were able to visit and spend priceless time together before her passing the next day.

Nancy had many accomplishments in her life, but by far, she was most proud of her daughters and grandchildren. She moved in with Crystal and her family when their youngest child was born and was always there to help care for her grandchildren while Randy and Crystal worked. When the children became more independent, Nancy moved into the Grande Villa apartments, where she met many people whom she became very close to. Some of her favorite things to do besides spending precious time with family were to bake birthday cakes for all of the residents at the complex, taking care of her two feline companions, Cookie and Charley, and putting on barbeques with her dear friends Max and Wayne. During the summer, they were always looking for a reason to have a cookout. Nancy also enjoyed gardening at the community garden with Max Conner. If they weren't sitting outside soaking up the sun, they were either digging in the dirt and watering their plants, or you could find Nancy and Wayne at the Farmer's Market in Havre. She was always there to care for her friends' animals when they went out of town, or became ill and needed a hand.

Thoughts from her family include these words from Crystal, "l feel as though I have lived several lifetimes, and the one constant in every one of those lives was my Momma. Even when I messed up big time, she was always there to pick me up and help me move forward. I don't know how, but I know we must carry on, trying to make the world a better place, like she would have wanted."

And from Nancy Ann, "The world feels like there is less love in it. It just sucks when your Mom goes and you know she always loved you so much. It makes it seem like a lonelier place."

She is survived by her Daughters, Nancy (Loren) Eichler of Oregon and Crystal (Randy) Huckabee of

A service will be held at 3:00pm Tuesday, June 28th, 2022 at Chinook Alliance Church, 115 Indiana St. Chinook, Montana, with burial to follow at Kuper Memorial Cemetery. Please join us back at the church after burial for a Roast Beef Supper, one of Mom's favorites!

Until we meet again, thank you for being the Best Mom in the Universe. We Love You with our entire beings.