McIntosh Sinks Hole in One, Wins $25,000 Towards a New Toyota 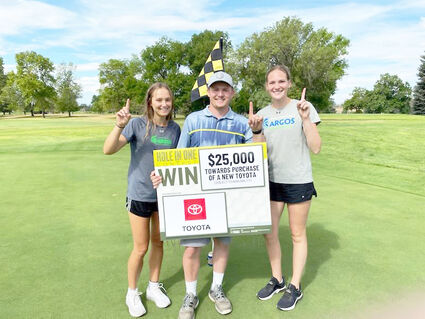 2016 Chinook High School graduate Ian McIntosh was one heck of an Athlete for the Sugarbeeters. An All-State Quarterback for the 2015 Class C Eight-man State Champion Football team as well as an All-Conference/guard for the Basketball team. Ian was also a pretty good golfer for the Sugarbeeters. Ian earned All-State Golf honors his senior year finishing ninth individually and helping the 'Beeters secure a third place team trophy.

McIntosh was back in the sporting news recently, even making the KRTV Game Changers segment earning the top spot in the countdown. What did McIntosh do that would...