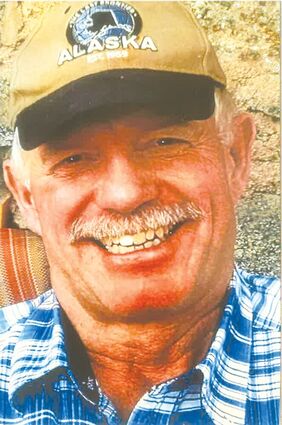 John Harold Stuker passed away on August 21, 2022 from complications from a heart attack. He was a devoted husband, loving father, grandfather, brother and uncle.

John Harold Stuker (Jack) was born to John Will and Fay Lois Stuker in Havre, MT. He was premature and joked that his birth was the one and only time he was early. He was raised on the family cattle ranch north of Chinook, MT. and he continued to be a rancher all his life, in addition to other professions. John was the second of seven children. He has an older sister- Jeri -Ann, two younger brothers - Ken and Richard, and three younger sisters, Ruth, Marion, and Leslie.

John always had a natural ability with animals and really enjoyed training horses. He was amazing; as he could watch a horse move, see the problem, and help the horse and owner/rider.

All Stuker children attended a 1 room school - Hydro- not far from the North Ranch. His mother was his teacher until his freshman year. Then John and his older sister, Jeri-Ann boarded with their Aunt Larney {Mother's sister} in the valley to attend school in Chinook. In 1967 his parents bought the South Ranch. This allowed all seven children to ride the school bus to school in Chinook. John was very active in 4-H and FFA, showing market steers and hogs and competing in judging events. Sports were always a big part of his life - especially wrestling and football. He graduated from Chinook High School in 1970. He attended Northern Montana College for two years in Havre, 1971 and 1972 - on a wrestling scholarship. This allowed him to help on the home ranch. He traveled all over competing with the MSU wrestling team. John finished college at MSU Bozeman, and graduated with a B.S. in Animal Science in 1976.

John attended MSU Farrier School at MSU Bozeman in 1976. He was a professional farrier for 45 years and competed in many blacksmithing/farrier competitions. He worked many different jobs during the winter months – driving armored security trucks, working for Hodges Plumbing Shop and Armitage Electronic. He also worked on harvest and construction crews in Fort Benton and Fairfield areas.

Joel and J.L. were the light of his life and growing up they spent many hours traveling with John. John's hair turned gray after the sons fessed up to the many adventures they had while their dad was busy with farrier work and/or giving horse clinics. John often worked with veterinarians in Great Falls; to analyze hard - to - diagnose equine lameness's, do corrective trimming, and build special corrective shoes. John met Joe Beaver a famous calf roper at Montana State Fair Rodeo in Great Falls and shod two of his calf roping horses. He talked about this event the rest of his life. John competed in many horseshoeing contests through the years, partnering with Lee Burroughs (brother-in -law) and Jesse Armitage. John won the Calgary Stampede Shoeing Contest in 1980 and earned a Contway bronze as a prize.

John loved cutting - horse events and competed throughout Montana and Idaho. He won the Non - Pro Year End belt buckle in 1987 and 1988. His skill in training cutting horses brought clients who sought training for their cutting prospects and opportunities to compete on these same horses in cutting competitions nationwide. He enjoyed judging cutting contests for 4-H and open classes and spent many years coaching and training clients and their horses.

John helped coach J.L. and Joel's wrestling teams and was a high school wrestling official. He never missed his son's football or wrestling matches. Another one of his jobs was driving Fairfield's athletic buses all over Montana.

Through his good friend, Dr. Clint Hilt, he met the love of his life - Elena. She contacted John after tiring of bad farriers and lame horses. John called his best friend Jesse Armitage on July 13, 1999 and told him he was going to marry this feisty gal who ranched near Dupuyer. It took John a year to convince her but they were together for 23 years and married for 22 years.

After dealing with grizzly bears on the Dupuyer ranch for many years, they diversified. John took a job managing West Feeds store in Lewistown and then was assistant manager of the Yogo Inn for a year; until John and Elena bought a hotel in Red Lodge. After several years of dealing with up to 20 employees, they decided animals were easier to deal with and sold the hotel. John and Elena moved closer to the Great Falls and settled in the Fort Shaw area in 2015 on a place that was to be their retirement home - a place to grow old together and enjoy life raising beef cattle, sheep, llamas, alpacas, horses, livestock guard dogs, and poultry.

John was a trustee in the MT Cowboy Hall of Fame, board member on the Fort Shaw Irrigation Board, and a welding/blacksmith teacher at MSU College of Great Falls. He was a very good blacksmith, welder and metal worker who enjoyed designing and creating metal projects, many of which he gave as gifts to family members.

John was preceded in death by his parents - John Will and Fay Lois Stuker, one sister - Ruth Smith. John is survived by his wife, Elena, two sons- John & Leroy

A celebration of life for John is being planned in June 2023, when both sons are able to return with their families.

His wishes were to have part of his ashes spread on the Stuker Home ranch in Chinook.