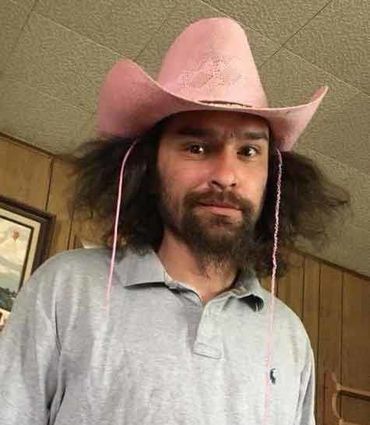 Noah Michael Hofeldt, 35, Chinook Montana, went to heaven, June 17, 2018 from an unfortunate accidental drowning. A Celebration of Life was held, Saturday, June 23, 2018, at 4:00 p.m. at the Chinook High School Auditorium in Chinook Montana. Reception followed at the Eagles Club in Chinook Montana. At dark a Candle Light gathering took place as well at Griffin Park located by Water Treatment Plant in Chinook.

Noah was born in Fort Belknap, Montana on May 19,1983 to Dwight and Carol (Doney) Hofeldt.

As a young child the family moved to Fort Worth, Texas where Noah attended school until his freshman year in High School. The family then relocated back to Chinook Montana where he attended High School and went on to complete his trade as a Construction and Masonry at Clearfield Job Corp in Utah, graduating in 2002.

Noah was most definitely a 'Jack of all Trades', for sure, as there was nothing he wouldn't try to do for work from dishwashing, cooking, grain bins, mowing, moving people, construction, masonry and more...

He was well known for traveling around on his bike or walking around town helping anyone that needed a hand. He was spotted on several occasions with the unexpected, even having an incubator strapped to his back with bungee cords as he was going to raise some chickens or pedaling many miles with a chicken to release it in his cousin's house.

Noah was especially a Humorous Entertainer, and hung around a different combination of people, as everyone was equal to him. He was a free spirit in a good way for sure and the gentlest person you would ever meet. He loved swimming in the river, picking wild asparagus, riding his bike, fishing, raising chickens, planting a garden, his love for sunflowers and was determined to make a raft from 2-liter pop bottles. Beyond his hobbies Noah was a people person and was friendly to everyone. He loved his family most importantly and his niece and nephews were his everything.