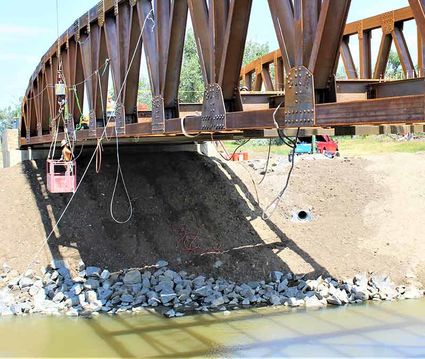 The superintendent for the contractor replacing the North Fork bridge and the project manager overseeing the work for the Montana Department of Transportation (MDT) said they believe the new bridge will be completed and open for traffic by the end of August. Planning for the $2.8 million dollar replacement project began about six years ago. Actual work began in March of this year under a contract awarded to COP Construction, a multi-state business doing work throughout Montana and surrounding states. The new bridge replaces a one-lane, steel K-truss bridge that was erected in 1910 per a pla...