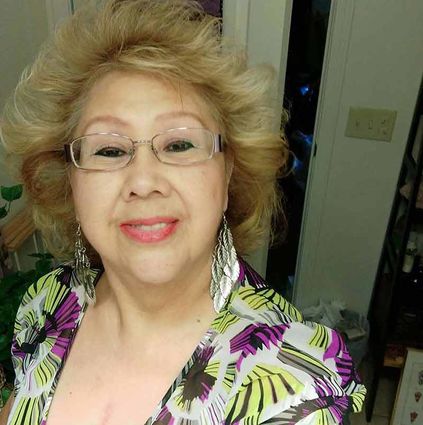 At three years old she and her sister Danna came to live with Roberta and Harold West of Chinook, Montana. She went through school in Chinook and graduated in 1974 from Mountain View High School in Helena, MT.

Lyda and Don were married in Chinook, MT on June 23, 1979. Lyda and Don were called by the Lord to the mission field. They sacrificed all material goods, leaving friends and family to serve. They smuggled bibles into China hoping the border guards would not check their packs. They served in the Philippines for years working with the poorest of the poor on the garbage dumps.

They moved back to Havre, MT and then moved to Missouri to care for Roberta West. Roberta had family in Viburnum and chose that area for retirement years. It was there that Don worked and Lyda cared for Roberta. Don worked at Doe Run Co. until he became ill in 2015.

Lyda had many friends who remember her fondly as a very sweet, loving Christian lady. Cremation has taken place and a service in her memory was held on August 30, 2018. Burial was at Fayette City Cemetery that afternoon.

"I have fought the good fight. I have finished my course. I have kept faith." 2 Timothy 4:7. This describes Lyda's life. She had a child like faith and served the Lord with all her heart. "Lyda is now absent from the body and present with the Lord." 2 Corinthians 5:8.