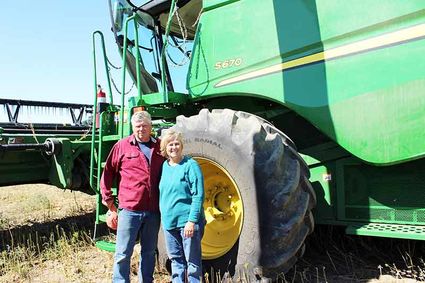 Dick and Nellie Jo Nicholson pose in their harvested field of industrial hemp seeds. This was the Nicholson's first attempt at growing the seeds which will be pressed for oil. Montana began a pilot program in 2017 to license growers within guidelines approved by the federal Drug Enforcement Administration. The first year 10 Montana producers raised industrial hemp, this year 49 were licensed to do so.