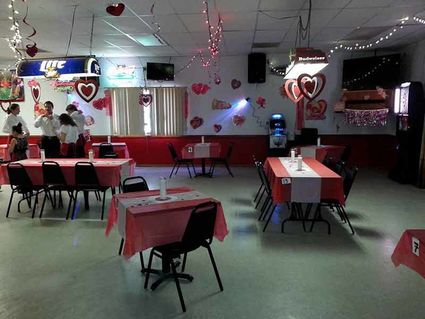 The Harlem VFW has hosted many community functions through the years, including the Annual Valentines Dinner. Harlem VFW Post 4744 decided to close the building as a bar back on May 31. Don Richman, Commander of the Post formally made an offer to the City of Harlem to take over the building to ensure the community still has a venue that con host various public event. The City is looking over pros and cons of such a purchase and has sought community input to help them make a recommendation tat the next City Council meeting on Tuesday, November 13.

The Harlem VFW as been a staple in the community for many years and after the decision was made by Harlem VFW Post 4744 to shut down operation of the bar on May 31, 2018 it became a real question to where the community would hold events in the future.

Don Richman, Commander of VFW Post 4744 recently presented the City of Harlem with a proposal to purchase the property and keep the venue operational for the community.

"I feel it's vitally important for the city of Harlem and for the community to be able to have events of any kind from weddings to banquets to business meetings. For years the VFW was able to host these functions and if it falls by the wayside it would be a tremendous loss to the community of Harlem," said Richman.

The facility has been used by local groups for many, many years. The Harlem Civic association, the Blaine County Cruisers, and Blaine County 4H are just a few of the groups that have used the location in the past. Richman would like to see to it that the community will still have a place for organizations like these to hold their functions.

Receptions of all types, could be held there as well including Graduation, Wedding or Family Reunions to simple get togethers.

Richman added that the VFW was looking to make an offer that would give the city the most flexibility in deciding whether or not to purchase the property, "There are back taxes on the property in the amount of $35,000 and the offer was made to the city to pay the taxes and the note at the bank and they could have the building the property as is," added Richman.

The next step was approaching the Harlem City Council which he did at the September 10 meeting.

Harlem Councilman Ralph Schneider stated that at the regular council meeting on September 10 Don Richman approached the Mayor and the City Council and made his presentation.

According to a statement from the Harlem City Council, "Mayor Kim Hansen scheduled a public Hearing at the VFW for Thursday, Oct. 4 2018 to give the public an opportunity to express their opinion regarding the potential of the purchase of the VFW by the city for the purpose of being used as a community center."

There were approximately 16 people in attendance at the October 4th meeting and each was given the opportunity to address the issue first hand and express pros and or cons to the city making the purchase.

Then at the regular Council meeting held on Tuesday, October 9th the city received a written proposal from the VFW regarding the purchase of the VFW building.

The proposal included offering the building and surrounding property to the City of Harlem for $129,000. The council then decided to table the matter and Mayor Hansen then appointed a committee to review the offer and make recommendations to the council at the November 13 meeting.

Some of the concerns to the community include the following questions: 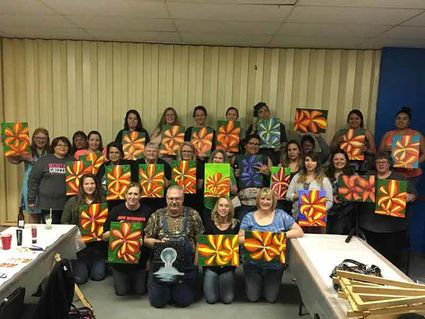 One of the many events held at the Harlem VFW through the years included a Paint-n-Pour that was very well attended. Functions like these could go by the wayside if the building does not find a suitor. Currently the City of Harlem is looking over a proposal made by Harlem VFW Post 4744 to purchase the property.

• Are you willing to support a community center in Harlem? The City of Harlem is exploring purchasing the VFW Club, if purchased your taxes would not increase. A rental fee of $200 and a deposit of $250 for cleanup paid in advance for an event at the VFW Club,

• Annual expenses for utilities and miscellaneous are estimated at $6,000-8,000 for the City to maintain the VFW Club on annual basis.

• If the Community wishes the city to also run the bowling alley that would be an additional expense.

• There has been a suggested idea of a Wall Contribution based on a yearly contribution or one time annual contribution determined by the individual making the donation.

Contact City Hall to indicate the support you would be willing to provide and or your concerns. Your input is important. The next City Council Thursday, November 13, 2018 at 6:00 p.m.

For small towns, having a place to use such as the VFW building is a great boost to the overall community spirit and is something that could be a benefit to all parties involved.