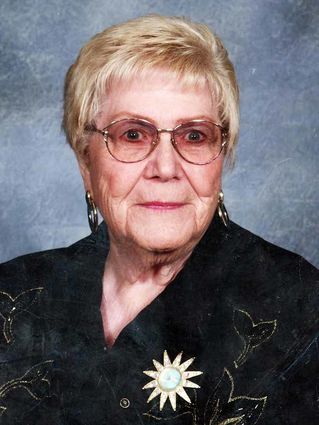 Louise (Mueller) Hutton Lorenzen passed away on October 27, 2018 surrounded by her family at Great Falls Peace Hospice. She was a long time resident of Brady, MT.

Louise was born on July 1, 1933, the youngest child of August and Louise (Huetter) Mueller who were early settlers and homesteaders of Chinook, MT. Louise was raised on the family's farm and was no stranger to hard work and primitive living conditions. She was active in 4-H all of her life as a member and later as a judge. She particularly enjoyed judging the baked goods competitions.

Louise received a B.A Degree in Teaching in 1953 and Master's Degree in Education in 1979 from Northern Montana College and embarked on a 60-year career in education; retiring in 2013 at age 80. She taught in rural one-room schoolhouses, in many local public school systems, various reservations, local Hutterite Colonies and even the Crossroads Correctional Center where she assisted young men in obtaining GED certifications. Louise also served as the County Superintendent of Schools for Toole County from 1984 to 1990. In addition to her accomplishments in education, for 5 years Louise also held the position of Supervisor of Medical Records for the Pondera Medical Center in Conrad and the Havre Clinic. However, Louise may be most fondly remembered as the owner/operator of Mac's Bar in Conrad "Where friends meet" from 1964 through its closing in 2005. Mac's portrait walls of its original patrons were often the subject of clever anecdotes and of days gone by.

Louise was an accomplished musician who could pick up and play any instrument in a remarkably short time and did so by ear. She played the organ at the Chinook churches and taught a myriad of students both in school and privately throughout her life. She also organized and conducted most of the pageants and recitals in the various institutions she taught in through the years; often accompanied by parents and grandparents of students whom she also directed as children.

Louise was truly a renaissance woman and well ahead of her time. In her retired life until her last days, she kept active with her needlework; which was in high demand by all those who came into contact with it through her gifts to her friends and family.

Louise was married to Glen Hutton of Turner, MT and they have two children; James Glen Hutton and Patti of Conrad, MT and Jodi Lou Hutton and Randy of Lakeside, CA. She was the wife of Don Lorenzen of Kevin, MT until his passing in1987.

She was preceded in death by her brothers Ervin and Oswald; sisters Hilda Starcher, Elsie Laden, Leatha Smock, Rosalie Warrick and Ella Laden.

Condolences for the family may be posted online at http://www.SchniderFuneralHome.com.