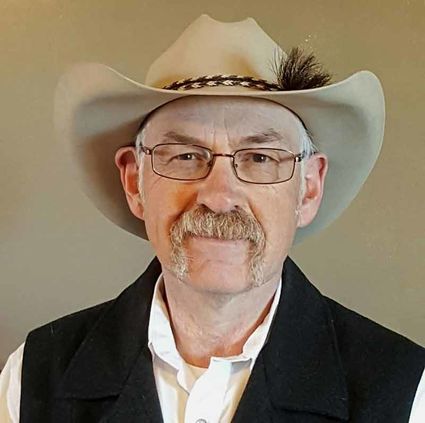 The 2018 Mid-term elections are finally over after months of political wrangling back and forth, especially at the Federal and State levels. In Blaine County there were three closely contested races: Blaine County Sheriff, County Commissioner, District 3 and District Court Judge #17. State races were being contested for Public Service Commission, Clerk of Supreme Court, Representative House District 32 as well as a pair of Referendums and Initiatives.

Our actual Election 'Day' was, Tuesday, November 6 but the process really began several weeks ago in the form of 'Absentee' or 'Early' Voting, a process that allowed voters to cast their ballots prior to Election Day and was permitted until November 5 at 12:00 p.m.

Beginning in October an Alternate Election Office located at the Fort Belknap Agency, Hays and Lodge Pole was established to provide eligible voters the opportunity to cast an Absentee Ballot or late register/early vote.

Throughout the county early voting was very high with a request for Ballots totaling 2,409, far exceeding the 1,700 requested just two years ago in the Presidential Election.

The idea of casting ballots early isn't new but as a way of simplifying the process and allowing voters to take their time and feel more comfortable in casting their vote, it certainly has become more popular.

In the 2016 Election a total of 558 Absentee Ballots were cast in Blaine County, less than a third of this years total of 1,970.

Tester won 13 of the states 52 counties but those 13 counties included huge wins in Bozeman and Missoula. Included on the list of counties won by Tester were Hill County as well as Blaine County. Tester received 1,874 votes (63.5%) to Rosendale's 975 (33%).

In the Public Service Commission District 1 race it was Republican Randy Pinocci defeating Democrat Doug Kaercher with 60% of the vote.

In the race for Blaine County Commissioner, District 3 it was Republican Miles Hutton defeating Democrat Kim Hansen 470 to 413.

Can you tell me your plans moving forward now that you have been elected?

Hutton - Before January, I intend to travel around the district to see roads, bridges, and other concerns firsthand so I am fully aware of what needs addressed. If any group or organization in District 3 have issues they would like addressed, I would be happy to meet with them to hear their concerns.

What are some of the things you hope to address or get started upon being sworn in?

Hutton - I would like to look over several budgets to see where there may be some excess fat that can be trimmed. I would really like to look into some of the roads that have been neglected. We also have some maintenance issues that need to be looked at.

The County Budget has become quite a talking point amongst constituents: How do you plan on beginning to address their concerns and earn their confidence that progress can be made?

I intend to represent my fellow residents of District 3 the best I can. I think it is important for people to feel they have a voice so I will do my best to be available to those in my district. I am conservative by nature and I think we will be able to look at making a few changes without impacting our essential services.