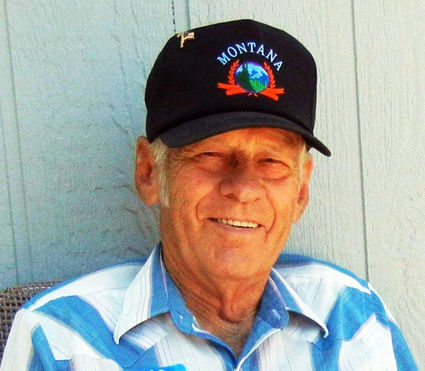 C. "Norm" Spoonheim, 85, passed away due to natural causes on Thursday, November 15, 2018, at Riverstone Hospice in Billings. Funeral services were held at 1:00 p.m. on Wednesday, November 21, 2018, at Turner Christian Church with visitation beginning at 12:00 p.m. Burial followed in the Turner Cemetery. Norm's family has suggested memorial donations be made in his name to Riverstone Hospice House, 2230 Mission Way, Billings, MT 59102. Holland & Bonine Funeral Home has been entrusted with services and arrangements. Please visit Norm's online memorial page and leave a message of condolence for his family at http://www.hollandbonine.com.

Norm was born on May 7, 1933, in Chinook, to Christian and Mary (Snowball) Spoonheim, the youngest of seven children. He was raised in Turner, attending Turner Public Schools. In 1953, Norm enlisted in the US Army, and served in Korea until his honorable discharge in 1955. He then returned to Turner, where he worked as a carpenter along the hi-line. Norm and his brothers, Bob and Mel, worked together building houses in Whitewater, Turner, and Harlem, many of which are still standing and considered a tribute to excellent construction. In August of 1963, Norm married, they had two children and later divorced. For the remainder of his life, he ran his own construction and remodeling business. He truly loved his work and enjoyed it as long as he could.

Norm was a kind, loving man with a quiet sense of humor who enjoyed dancing and flirting with the "girls". "Coffee time" was very important to Norm, as his coffee breaks were at 10:00 a.m. and 3:00 p.m. daily. He also loved playing cards and skunking his children at cribbage any chance he got. He adored his two children and doted on his four grandchildren. Collecting vintage cars was a favorite hobby, which led to his purchase this past summer of a 1928 Chevrolet AB National, the first car in which he could remember riding with his dad.

He is survived by his children, Carolyn (Gordon) Turner of Kingston, ID, and Chuck (Marvel) Spoonheim of Billings; grandchildren, Chas Spoonheim, Kylie Spoonheim, Grant Turner and Nate Turner; and numerous nieces and nephews.