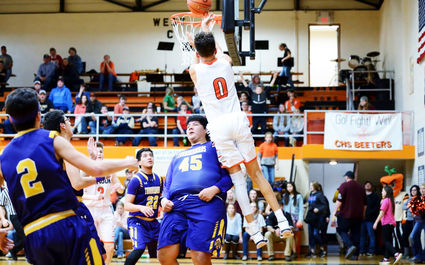 High School basketball will return this weekend with a full slate of games as teams return to the hardwood for the first time in 2019.

Heading into the holiday break the Chinook Sugarbeeter boys remain the only Blaine County team with an unblemished record. The Harlem Wildcat girls are the only team to be ranked the state Power Polls, coming in at No. 3 in the Class B Girls poll.

The Harlem Wildcat girls will bring a 4-2 mark into their contest this Thursday with the 4-2 Chinook Sugarbeeters.

Harlem has played very well to start the season and have picked up wins over the Cut Bank Wolves, Lodge Grass Indians, the Malta M-ettes and the Rocky Boy Morning Stars.

The Chinook Sugarbeeter boys have had their way with opponents all season long. They have picked up several lopsided wins thus far. They opened the season with a 23 point win over Sunburst and a 44 point win over Power.

They also have wins by 39 (Big Sandy), 42 (CJI) and 30 (Box Elder). Their closest contest of the season has been a hard fought 12 point win over the Hays/Lodge Poll Thunderbirds.

The 'Beeters will return to the court this Thursday against the Harlem Wildcats.

The Turner Tornado girls have also gotten off to a solid start and will start 2019 with a 4-2 overall record when they take the court this Friday at home against the 3-3 Hays/Lodge Pole Thunderbirds.

Turner has defeated North Country, North Star, CJI and Dodson while their two losses have come against teams with a combined record of 13-0, the No. 5 Fort Benton Longhorns and the No. 8 Scobey Spartans.

The Thunderbirds two losses have come against the Sugarbeeters and the Class B Poplar Indians while they own victories over CJI, North Star, Big Sandy and the Browning JV.

The Hays/Lodge Pole girls basketball team is off to its best start in some time. Freshman Tahtianna Whitecow-Morgan, junior Mulleeah Stiffarm and sophomore Kassi Perez have helped the team achieve a 3-3 overall record, including 3-1 in District 9C play.

The Thunderbirds fell twice the opening week of the season at the Native American Classic but have started 9C play very strong, picking up wins over Chinook, CJI and Big Sandy while falling to the North Star Knights.

The Chinook Sugarbeeter girls have gotten off to a 4-2 start and have received solid contributions from senior Kourtney Hanson and Rachel Gunderson down low.

Senior Megan Molyneaux and senior Ashley Macleod have hit some big shots from the perimeter. Senior Lincy Johnson has knocked down some big shots for the 'Beeters as well and has played solid defense as well.

Chinook opened the season with wins over the Sunburst Refiners and Power Pirates. The 'Beeters have added conference wins over the Big Sandy Pioneers and the Chester/Joplin-Inverness Hawks since. They have suffered losses to the Hays/Lodge Pole Thunderbirds and Box Elder Bears.

The Harlem Wildcat boys earned wins over the Hear Butte Warriors and the Malta M-ettes early on, and have fallen to the Cut Bank Wolves, Lodge Grass Indians, Wolf Point Wolves and Rocky Boy Northern Stars.

The Wildcats are led by senior Lane Allen. Freshman RJ Ramone provided a big spark early on and junior Truth Brockie has been solid around the basket. The Wildcats currently sit in third place in the District 2B.

The Turner Tornadoes won their season opener against Frazer but have struggled to find the win column since.

The Tornadoes have been bitten a bit by the injury bug and when healthy are a formidable opponent. Seniors Cody Welsh and Tracer Heilig lead their attack.

As the season moves into its second stage, area fans of basketball are in for a treat. 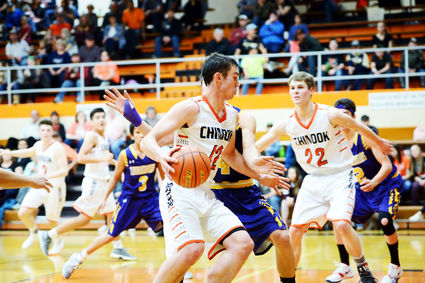 The Sugarbeeter boys will look to continue racking up the wins while the Hays/Lodge Pole Thunderbirds will surely look to make an impact on the post season. Both seem very capable of making it to the Northern C Divisional and beyond.

The Harlem girls will also look to make a splash down the stretch and many think that their two point contest with the Wolf Point Wolves early in the season could very well be a preview of the District 2B and/or Northern B championship games.

The District 9C Girls race seems to have the Box Elder Bears and Fort Benton Longhorns leading the way and the Turner girls are in solid position for a return trip to the Northern C. North Star sits at 1-3 in conference play with all three losses coming to those three teams.

The Chinook Sugarbeeters are getting healthy and along with the Hays/Lodge Pole Thunderbirds could stir up things in the District come February.