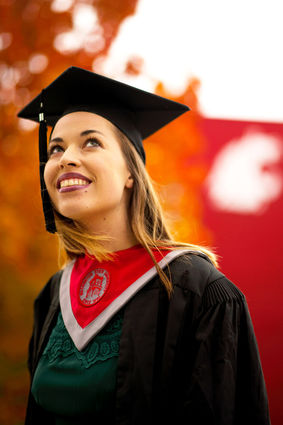 Our precious daughter, Kayla Nicole Bonar left this earth to be with her Savior in the early hours on the morning of December 6, 2018. Kayla's unexpected passing leaves her family and friends with a deep sense of loss, but peace knowing she led a Christ centered life.

Kayla is survived on her father's side by grandparents Mr. Larry and Sharon Bonar of Snohomish, WA and her aunt Suzanne Bonar Morris and cousin, Jakob Morris (13) of Sammamish, WA. On her mother's side Kayla will be forever missed by her grandparents Mr. Steve and Sherry Edwards of Whitlash, MT, and her uncle, Mr. Stuart Edwards of Grand Forks, ND. Additionally, Kayla is missed by her great aunt, Lela Pettit, who supported her in many ways and shared a special bond. And lastly, Kayla's service dog, Charley (3-1/2), who loyally served Kayla as her guardian and companion.

For the past 20 years, Kayla and family lived in Washington - first in Lynnwood and most recently in Snohomish. Her mom Sonya lovingly homeschooled Kayla through high school. She attended Edmonds Community College as part of the Running Start program during high school and continued on to achieve an Associates Degree In 2014.

After Edmonds College, Kayla transferred to WSU, earning enrollment into the Edward R. Murrow College of Communication. Never wanting to be defined by her condition, Kayla learned to embrace her epilepsy, which she developed at age 8, and overcame the obstacles that stood between her and her goals.

After a medical setback in November of 2014, Kayla came home for recovery through Spring of 2015. With much support from family, friends and Children Hospital, she was restored to earn a Bachelor of Arts in Journalism and Media Production in December of 2017.

Kayla, not one to be slowed down, sought employment and was hired as a journalist with the Daily Record in Ellensburg WA, starting in January of 2018. She dove in to work to establish her professional presence while also building her community through Resonate Church.

Kayla loved to read and journal from an early age while also developing a passion for arts and crafts, such as crocheting, as taught to her by her grandmother Sherry. Kayla gifted many baby blankets, scarves and beanies to friends over the years

Kayla loved the outdoors whether hiking with her family or playing soccer in the NW Christian Sports League through her youth. She also enjoyed many trips over the years into the snowy mountains of the northwest from Whistler to Crystal Mountain with her siblings, tubing, snowboarding, and skiing.

Most importantly, Kayla humbly loved Christ and gave her life to Him at an early age. This eternal commitment led her down a path of serving others. She went on a mission trip at age 8 to Alaska with her grandparents, followed by a trip to Mexico to build homes with her Dad in 2010, and a trip to Haiti in 2012 ministering to impoverished children, while serving monthly to the homeless in Seattle through Northshore Community Church for several years.

Kayla lived her life well for Jesus and impacted her family and countless others with her undaunted and fearless commitment to Christ, expressing kindness and love to all those she encountered. Kayla is forever missed this side of eternity.

In Kayla's memory, the family is establishing an endowment scholarship in her name with the WSU Foundation, to be awarded to a student in the Edward Murrow College of Communication pursuing a degree in journalism.