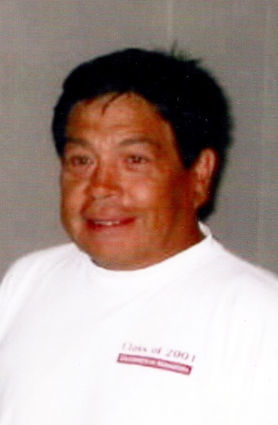 Steven "Steve" James Bigby Magpie, 71 of Harlem passed away on Thursday, January 31, 2019 at Northern Montana Hospital due to natural causes. A Funeral Service was held on Monday, February 4, 2019 at 11:00 a.m. with viewing one hour prior at St. Thomas Catholic Church in Harlem. Holland and Bonine Funeral Home has been entrusted with arrangements. Please visit Steve's online memorial page and leave a message of condolence for his family at http://www.hollandbonine.com.

Steve was born on September 12 ,1947 to Walter Magpie and Esther Bigby in Fort Belknap, MT. He attended Harlem schools and while in high school his football team won a state title. In 1965 he graduated from Helena High School. Shortly after, he enlisted with the United States Army and served overseas as a paratrooper.

Steve worked construction for many years and at one time co-owned a construction business in Denver, CO. In Montana, he worked for Ft. Belknap Forestry Management, as a camp crew boss and at Columbia Grain Inc. in Harlem for a few years. Wherever Steve worked he made life-long friends. Trucking was a profession he enjoyed. In 2015 he and his son, Sly Blackbird started their Indian owned trucking company, J&M Trucking, LLC with a fleet of 3 semi-trucks. Steve drove his truck right to the end of last year.

Steve took life one moment at a time, and to him life was never a rush. He always had a kind smile for anyone he encountered and even made strangers feel like a friend. He carried in pride his wife, Jenny whom he met in his early 30's and began dating in 1999 before joining her in marriage on January 2, 2007. He loved his children and was proud of his grand and great-grandchildren; even volunteering as a basketball coach for a few of them. He was a devoted Colts fan and enjoyed Miller Lite while cheering his team on. Steve made the most of life, often spending time and visiting with his buddies.

He is survived by his wife, Jenny of Harlem; children, Stephanie Bigby-Fetter (Richard) and Richard Bigby all of Helena, Lisa and James Bigby, Wymus and Andy Wilder all of Pablo, George (Marcie) Doney of OK, Jackie Blackbird of Portland, OR, Sly (Liz) Blackbird of Hays, and Cody (Tona) and Aiyanna Robinson all of Harlem; siblings Maxine Clifford of Harlem, Rita Turner of OK, Josephine Neary of Butte, Kathryn Tyon of Park City, UT, and John Brown of Billings; 27 grandchildren; 10 great-grandchildren; and numerous other family and friends.