Hauer wins two at State B/C wrestling tournament in Billings 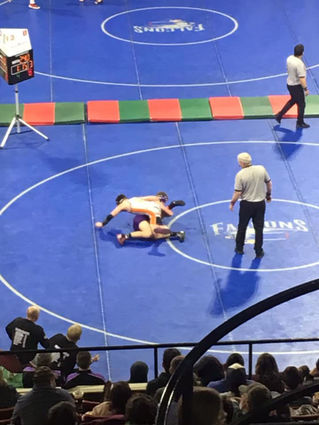 Chinook Sugarbeeter junior JT Hauer had a fine go of things this past weekend at the Montana All-Class State Wrestling Tournament in Billings. Hauer went 2-2 over the weekend finishing just out of the medals for the Sugarbeeters

The Chinook Sugarbeeters and Harlem Wildcats were in Billings to take part in the All-Class State Wrestling Tournament at the Rimrock Auto Arena this past weekend.

The Sugarbeeters were represented by sophomore Rebecca Stroh, competing at 113 pounds, sophomore Favion Couturier at 160 pounds and junior JT Hauer at 152 pounds.

The Wildcats were represented by freshman John Hughes at 132 pounds, capping a fine first season of high school wrestling with an appearance on the big stage at the state tournament.

Hauer has been consistent for the Sugarbeeters all season long and was looking to add t...