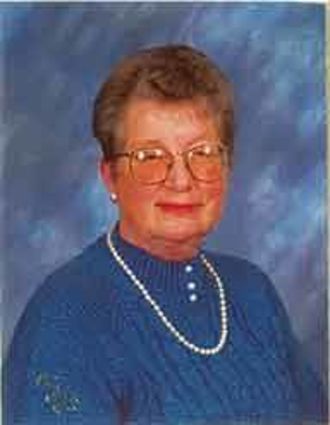 Betty Marie Acher was born January 31, 1937, on her family farm in Chinook, Montana, the daughter of Glen and Effie McGhuey. She attended a country school in Chinook, Montana and college in Havre, Montana. She graduated from Northern Montana College as an Elementary Teacher.

On August 24, 1958, she married her high school sweetheart, James R. Acher. They had two children, Mikel William Acher and Sandra Lee Acher. She loved teaching children and had a 30 year career in the Chinook and Harlem areas. She received the most outstanding teacher award and was nominated for Who's Who of American Teacher Award by former students. She loved spending time with her family and seven grandkids.

She loved to read books, go camping, fishing and hunting. When she retired in 1997, they moved to Casper, Wyoming to be near their family.

She became a member of the College Heights Baptist Church in Casper, Wyoming.

She is survived by her 2 children, Son, Mikel of Polson, Montana and Daughter, Sandy (Steve) Rosty of Casper, Wyoming, one sister, Lola Deming, of Sheridan, Wyoming one brother, Dale McGhuey, of Great Falls, Montana, 7 grandchildren, and 3 great-grandchildren.

She is preceded in death by her parents, her husband, her three brothers, and three sisters.

Cremation has taken place. A graveside memorial service will be held at a later date officiated by Pastor Shane Rosty.