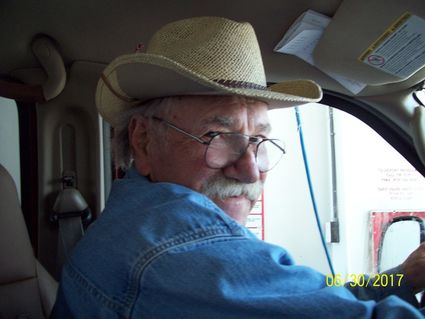 Bruce Barfett passed away on February 10, 2019 after a difficult battle with cancer. Bruce was born May 17, 1949 to James Barfett and Marion Walker Barfett. On February 14, 1995 he married his wife Cheryl Barfett. They have 9 children all together. Bruce and his wife worked together on several pipelines. Bruce would rather ranch though. He worked for Milos Ranch in Belt for several years. He then moved to Chinook, Montana and worked at Devon Energy. When Devon closed he went to work for the Skoyen Ranch. Bruce always said he was born about a hundred years too late. He always wanted to be a rancher.

He loved NASCAR, ranching, fishing, and woodworking. Bruce will be greatly missed by his family, the community members of Belt and Chinook. He will be remembered for the love of his wife Cheryl, his daughter Sonja (Chris) Dunnellon of Florida, Michelle, Jasmine, and his sons Robert and Christopher at home, Sabrina and Charlie Sprouse along with granddaughters Sarah, and Alexis Dye, grandsons Michael and Cameron, and great grandson Blake of Jackson, Ohio, son Austin Reed and grand twins Isabella and Isaac of Lucasville, Ohio, granddaughter Crystal of Bowling Green, Missouri, Wayne and Raeleigh Marie Wychopen, granddaughters Eryka, Destiny, and Kayla all of Grayling, Michigan, Paul Holsinger Jr. of Polson, Montana.

There will be a memorial service in the Spring to be announced.

"He basks amid the sunlight

Fading into the West

His spirit lies within us–

The lives on earth he blessed

In our hearts, evermore

Until our Montana cowboy

Greets us at Heaven's Door"