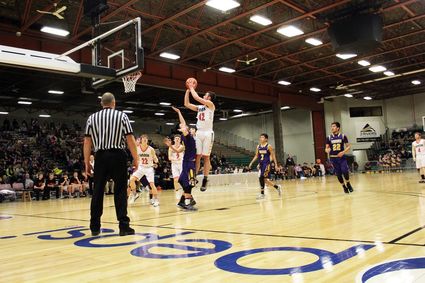 The Chinook Sugarbeeters continued their march through the high school basketball season at the Northern C Divisional in Great Falls this weekend. Played at the Four Seasons Arena, they began the tournament with a 63-29 beat down of the Winnett/Grass Range Rams Thursday afternoon. Friday afternoon they took on the Belt Huskies an unleashed another dominant defensive effort with a 60-24 victory to send them to the Northern C Championship Saturday night.

The 'Beeters then took on familiar foe, the Hays/Lodge Pole Thunderbirds an...