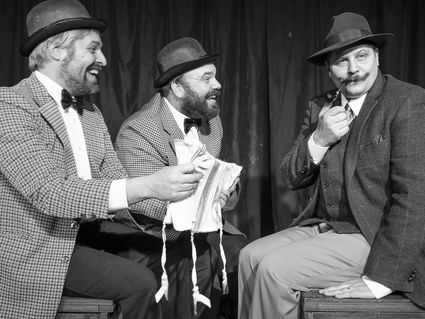 Traveling dinner theatre with Montana Actors' Theater (MAT) is back-with five separate weekend performances in four different communities, including Chinook. Area residents are invited to join MAT for dinner at 6:00 p.m. followed by the hilarious insanity of The 39 Steps on March 22 and 23 at the Eagles Club located at 305 Indiana Street in Chinook.

Based on an original concept by Simon Corble and Nobby Dimon and reminiscent of the book by John Buchan which was adapted for theater by Patrick Barlow, The 39 Steps is also a theatrical riff on Alfred Hitchcock's 1935 film. The basic plot invo...