Meadowlark Students Are Fired Up About Reading 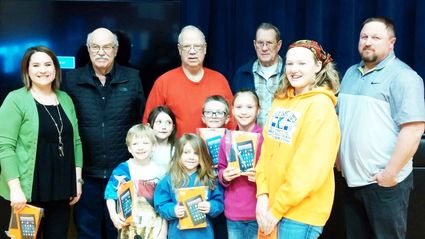 I Love to Read Month activities culminated for Meadowlark Elementary students on Monday afternoon, March 4, during a school assembly when winners for the Accelerated Reader reading challenge were announced for each grade.

School Librarian, Mrs. Kelsey Harry reported that during the month of February, Meadowlark students attempted and passed 512 Accelerated Reader (AR) tests. Of that total, 13 tests were conquered by kindergarteners, 220 by first graders, 140 by second graders, 62 by third graders, 39 by fourth graders, 27 by fifth graders, and 11 by sixth graders.

Each time a student e...