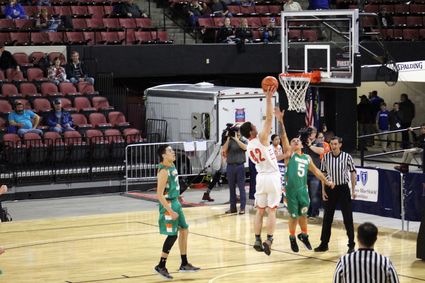 Chinook senior Cord Schneider had a huge tournament for the 'Beeters. During their first round contest against Plenty Coups, Schneider recorded a double/double scoring 17 points and secured 10 boards. The 'Beeters defeated Plenty Coups 67-51. Schneider was named to the State tournament 2nd Team at the conclusion of the tournament.

The Chinook Sugarbeeter boys basketball team concluded their season in Billings at the State C Basketball tournament. The 'Beeters topped Plenty Coups in the opener 68-51 and then fell to the Arlee Warriors in a hard fought semifinal contest before bowing Saturday morning with a loss to Fairview. Chinook finishes the season 25-2.

The Harlem Lady Cats were in Belgrade to take part the schools first ever Girls State B Basketball Tournament. The Lady Cats dropped a heart breaker to the Forsyth Dogies 40-37 Thursday afternoon. Harlem then saw their season end Friday with a 61-40 loss to Three F...