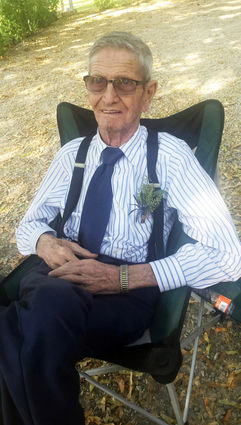 It is with great sadness the family of Robert ("Bob") Garland Tilleman announces his peaceful passing in Bozeman, MT on Tuesday, March 12, 2019 at the age of 81 years. Bob had a good life that began on October 14, 1937 when he was born to Charlie and Beulah Tilleman in Chinook, MT.

Bob was a "jack of all trades" who could build or fix almost anything. He grew up on the family farm south of Chinook along with his six brothers where he developed a strong work ethic that he passed on to his five sons. Bob formed Tilleman Construction Company. He ran a gravel pit, ready-mix concrete plant where he provided concrete supply and finishing services to the community while performing numerous new construction and remodel projects around Blaine County. He spent many late nights and weekends babysitting concrete slabs in order to get that perfect polished finish. His older sons learned the construction trade while working for "huge" wages.

Bob was an active member of the National Guard for about 40 years where he served on weekends and transitioned to working full-time. Bob was a proud member of the Honor Guard unit that rendered military honors at many funerals and ceremonies. He received several awards over the years, but his favorite was when the tank unit under his command won the "Top Gun" award by a large margin at the field exercises in Boise, ID.

Bob was always willing to help and volunteered for numerous projects throughout Chinook. He held several volunteer positions including President of the Jaycees and Fire Chief of the Chinook Volunteer Fire Department. He was chairman of the Chinook Rodeo for several years. He had a good sense of humor and revealed it by telling odd jokes. He enjoyed recalling how he taught groups of kids to march.

Grandpa Bob instilled a love of the outdoors; fishing, hunting and camping in his sons and grandchildren. He cherished hunting trips in the fall and taught his boys and grandchildren to hunt and fish from a young age. Bob created his famous "Tilleman Special" fly that he sold in fishing shops throughout Montana. Payment to the boys for tying inventory was a stash of flies and the thrill of catching multitudes of trout and other fish while fly-fishing. One of Bob's favorite weeks of the year was spent camping and fishing with family and friends.

Memorial Service celebrating Bob's life will be held on Saturday, March 23, 2019 at 1:00 p.m. at the American Lutheran Church in Chinook, MT. Bob is returning to his beloved hometown. A graveside service at the Chinook Cemetery will be followed by a luncheon at the church. There will be a reception at the Chinook Senior Center later in the afternoon for those who wish to swap stories and continue the celebration of Bob's life.