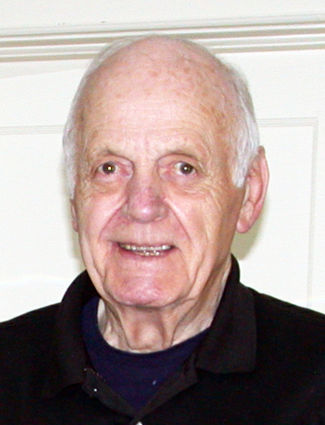 Don Harshman, 89, quietly passed away from natural causes on April 2, 2019 surrounded by family members at his home in Chinook. He was the last of the many children in the blended families of Albert and Fern (Mom) Harshman. Albert's children were Vernon, Gladys Daugherty, baby Kenneth, Zelpha Weidner, Mildred McIntyre, and Dwight. Mom's children were Herb Moore, Helen Easbey, and Miriam Tucker. The children of Albert and Fern were Clark, Maurice, Burvil (Bud), Don and baby Max. Don Preston Harshman was born on Aug. 2, 1929 in Chinook and was a lifelong Chinook resident. He attended Chinook Public schools where he excelled in sports like football, basketball and baseball. His Sugarbeeter basketball team was third in state in 1947. Don graduated from Chinook High School in 1947. Don and his brothers Bud and Maurice later played in men's regional league basketball and baseball sponsored by the VFW. He married his high school sweetheart, Mary Loraine Williams on June 15, 1948 in Chinook and together they created and raised a large family of ten children.

Don began working as a parts man for Jamieson Motors and later for the Production Credit Association (PCA). He was the long-time vice president and later president of the PCA branch in Chinook. Don then joined Mary as owners and operators of her family business, The Mint Bar and Tavern, still one of Chinook's oldest businesses having started in 1934. They operated the Mint from 1980-99 when they sold the bar to Jill and Don Leo. Don Harshman also had a long career serving in the National Guard Unit in Chinook and retired as Captain and Commanding Officer of a Tank Company in the 163rd Armored Calvary, Second Battalion of the Montana Army National Guard. He also served for a long time on the Chinook School Board and was a member of the JayCees.

Don is preceded in death by his parents and many siblings, his beloved wife of 65 years, Mary Loraine, sons Doug, Cal and Matt, and granddaughter Melissa Harshman. He is survived by seven sons and daughters, Ken (Joni) of Gaithersburg, MD, Jeff of Colorado Springs, Carol (Will) Mangold of Chinook, Tim of Chinook, Teresa of Kalamazoo, MI, Paul (Darlene) of New Port Richey, FL, Mary Beth (John) Gregory of Billings, MT, 13 grandchildren and seven great-grandchildren.

While Don enjoyed his long careers, sports, watching TV shows like Jeopardy and Wheel of Fortune, playing cribbage and solitaire, it was his family and especially his wife and children that gave him the most joy and happiness. He was especially proud of his children and their families, their achievements in sports and academics, their careers and accomplishments and their many interests. He loved when his children would visit or when he and Mary would travel to visit them. He had a tremendous memory and a great sense of humor and could tell many stories about his family and about Chinook history. In retirement he could often be seen on his daily routine of checking the Post Office for mail and driving on his inspection tours of Chinook. Don was a quiet, humble and gentle man, a tremendous husband and loving father and grandfather. He will be greatly missed but many, many wonderful memories will remain with all of us.