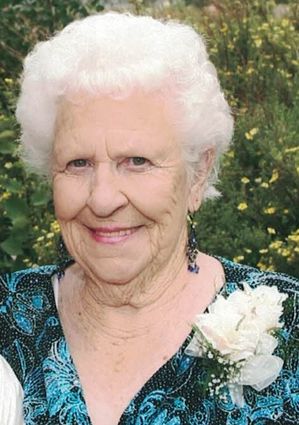 Gloria Marlow Farrar was born June 3rd, 1924 in Chinook, Montana to Edward and Anna Marlow. She was raised on a small farm south of Chinook and attended Red Rock Country School with her brothers.

Gloria met her future husband, Bill Farrar, at a country dance and they married in November of 1945 and gave birth to their son, Grant in 1946. After living in Conrad and Chinook while working for the sugarbeet company they settled in Harlem until their son graduated from college in 1969. Then Bill's construction jobs allowed them to live in many different cities throughout Montana and enjoy their mutual love of fishing on most of the nearby lakes and rivers. Upon Bill's retirement they settled in Bozeman to be near her brothers and lived there until Bill passed away in 2007. Later, Gloria moved to Las Vegas to be near her son and his family.

Gloria never shied away from experiencing life to it's fullest, from tubing behind the car in the snow to fearlessly paragliding off the Alps at 75 years old. At 90 years old she trekked through the jungles and rafted the rivers of Belize looking for alligators and monkeys with her family.

Gloria is survived by her son Grant (Danielle), grandchildren Joe and Jenifer (Kevin), and great-grandchildren Alexis and Avery.

She was preceded in death by her parents Edward and Anna, her brothers Chet and Edward Jr., her half-sisters Sylvia, Mabel, Pearl, and Vivian, as well as her husband Bill.

Gloria passed away peacefully in her sleep on May 2nd, and has now joined her husband for their next great adventure together.