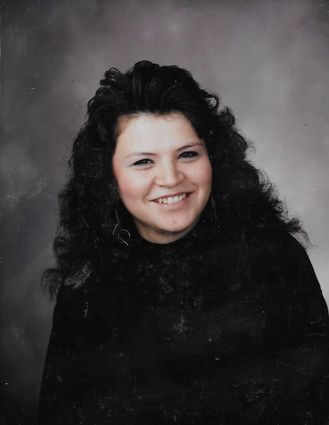 Darla Kaye Cole Crowe left us to be with her father on January 14, 2019 at her residence in Sierra Vista, Arizona with her husband, mother and 2 brothers by her side. Darla was born on July 8, 1969 in Havre, Montana to Duane (Winky) and Jeanie (Doney) Cole. She grew up in Havre and attended St. Jude's Catholic School and Havre High. After school she went to work at the Eagles Club in Havre and on June 1, 1990 she married Mike Crowe and they had one son, Christian G. Crowe. Darla & Mike were married for 28 yrs. In 1992 the family moved to Sierre Vista Arizona where she lived until the time of her death.

Darla worked for various electrical supply companies for 25 years and thoroughly enjoyed her job. She was well liked and respected by her employer and co-workers, gaining deep admiration of everyone she worked with as she was very educated on the supplies she sold and was not afraid of hard work, often doing much of the loading and unloading by herself as she had no patience for lagers. She was a loving wife, mother and grandmother who also adored her pets: Pepper, Bear, and Yoda and they adored her as was attested when her cat, lamenting the loss of her owner, died the same day.

Darla enjoyed all types of motor sport activities, traveling to events in their big RV camper, football and riding in her "side by side" with family and friends. Like her dad, Darla also loved to read. Her hobbies included collecting purses, Oakley sunglasses and flip flops. One of her favorite things was watching the sunset and taking photos.

Darla is preceded in death by her father, Winky Cole, both sets of grandparents, aunts, uncles and many cousins. She is survived by her husband Mike and son Christian of Sierra Vista, Arizona; mother, Jeanie Cole, Havre; brother Duane Cole, Jr (Amber) and children of Billings; brother, Drew Cole and son of Havre; granddaughter, Isabella Marie Crowe. She also leaves behind her very close friends in Arizona, many friends in Havre, some she considered adopted "sisters" and "brother."

Services for Darla Kaye will be June 1, 2019 – 11:00 a.m. at St. Jude's Catholic Church in Havre, Montana with a celebration of her life to follow at the Eagles Club big hall in Havre. A private burial will be at a later date.