All-Class Reunion to Include a Brewfest 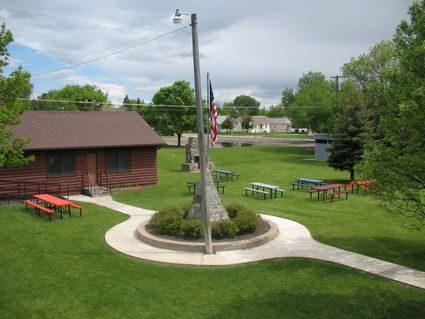 This years Chinook All-Class Reunion will include a Brewfest on July 4 from 4-7 p.m. at the Sweet Memorial Park in Chinook.

One of the planned events during the All-Class Reunion scheduled for July 4-7 is a Brewfest. According to event organizer Kelsey Harry, the Brewfest will be held on Thursday, July 4 beginning at 4:00 p.m. at Sweet Park, located at 700 New York Street in Chinook.

Besides providing a venue for groups to gather and reminisce, the purpose of the Brew Fest is to raise funds for upgrading the playground equipment at the park, which Harry describes as "almost everyone's favorite park while growing up here!"

"I chose Sweet Park as the recipient for the funds because I have two little kids, and I think the park is an important part of being a kid in Chinook. I don't want my children to miss out on that. I hope to continue fundraising efforts in the future to keep improving the park," Harry said. "We are relying a lot on donations and sponsorships at this point because the park doesn't have a lot of money."

Sweet Park, Chinook's largest park, offers a large area for children to play with swing sets, slides, and picnic tables. An indoor meeting facility, which many locals refer to as the Girl Scout House, also sits on the grounds.

The Brewfest will feature beers from around the state for people to try, including Triple Dog Brewing Company and Vizsla Brewing in Havre. Event organizers are seeking sponsors to help support their endeavors. For the sponsorship fee of $200, a person or business would receive four drink tickets (valued at approximately $20). Interested persons should contact Harry at (406) 531-4411.

"If anyone wants to sponsor or donate their time, we'd love all the help we can get," Harry stated.