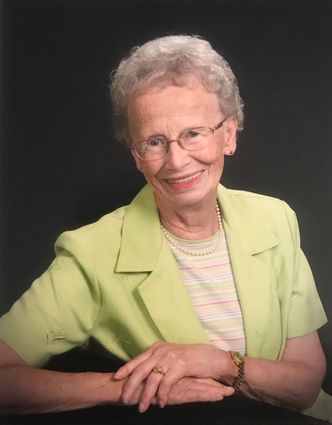 Mabel Caroline Hockett was born in Loring, Montana on December 22, 1932 to parents Andrew and Bertha Flansaas, who emigrated from Norway.

Mabel was a sophomore when the Loring High School closed. Rather than board in Malta, the family decided to send Mabel to the east coast to live with her sister Anna (Ed) Berdahl, where she helped take care of Anna's children. Mabel made the trip by train from Malta, Montana to Philadelphia by herself at the age of 13. During the two years Mabel stayed with Anna she attended high school in Chevy Chase, Maryland and Philadelphia, Pennsylvania.

After graduating high school, Mabel returned to Montana and enrolled in Northern Montana College at Havre where she met Roy Hockett. Two years later they were married and moved to Missoula, Montana where Mabel received her Bachelor's Degree. During Roy's career as a pilot in the U.S. Air Force, they moved 12 times, living in seven different states. Along the way, Mabel earned her Master's Degree in Education from the University of California Berkley. Mabel earned straight A's at Northern and graduated with honors from both U of M and UC Berkeley. She taught elementary school for several years before becoming a curriculum director and a principal.

Mabel enjoyed spending time with family in Montana and traveling the world with her husband Roy. They visited thirty foreign countries including Norway where they visited her mother's and father's birth places. They also completed countless Volkswalks (noncompetitive 10K walks/hikes) both here and abroad.

She was preceded in death by her parents, brothers Albert and Glenn Flansaas and sister Anna Berdahl.

A memorial service was held Friday, June 7th at 11:00 a.m., at Our Redeemer's Lutheran Church, 3580 N. Benton Ave., Helena, MT 59602. A reception followed in the social hall of the church. In lieu of flowers the family requests memorials to Our Redeemer's Lutheran Church https://www.ourredeemer lives.org/give/ and/or the Alzheimer's Association, https://act.alz.org/site/Donation2?df_id=32112&32112.donation= form1&type=alzFooter. Please visit www. retzfuneralhome. com to offer the family a condolence or share a memory of Mabel.