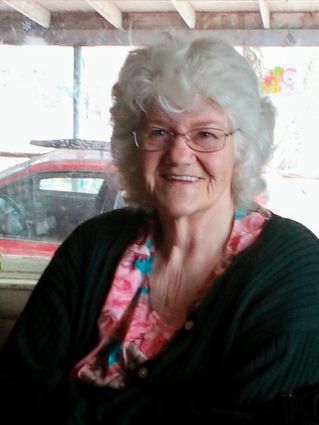 Rozella was Born on December 26, 1941 to Calvin James and Julia (Ethel) Kimsey Hall. Rozella, had 12 other brothers and sisters, and learned at an early age what work was all about. Her parents and Grandparents were homesteaders in Blaine County. Rozella grew up in Chinook, attending Chinook Schools. She worked in several of the Cafe's and other establishments in town, including the bakery, where she found her true talent, decorating cakes. She made wedding cakes, birthday cakes, and many special occasion cakes. She enjoyed baking and making others the center of attention. Her true passion though was her love of family, there wasn't anything, that she wouldn't have done for them.

Services were held at the Kuper Memorial Graveyard at 1 p.m. on Sunday June 7th, 2019 with a Potluck Following at the Blaine County Senior Citizens Center. Many came to celebrate the life of this remarkably wonderful woman.

Please, the family is asking that instead of Flowers please make Condolences payable to Edward Harrison P.O. Box 962, Chinook, MT 59523 to help cover burial and other costs related to this sudden loss of life.