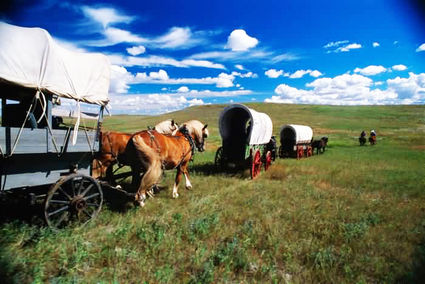 The Milk River Wagon Train Company is gearing up for their 50th Annual Milk River Wagon Train (MRWT) trail ride, which will take place from August 28-September 2. Although the approximately 48-mile trek from Zortman to Malta won't occur until late summer, event organizers are putting a call out to Blaine County cowboys, cowgirls, and trail riding campers, with hopes to see 50 wagons for their 50th Anniversary. Because of the promotion of the event and its fiftieth anniversary, registration by August 4 is required this year.

According to their Facebook Profile, the mission of the company-...