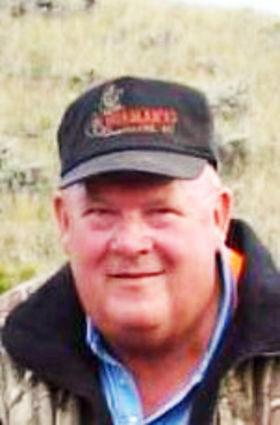 William Scott Young, 69, passed away unexpectedly on Saturday, July 20, 2019. Viewing was held Thursday, July 25, 2019 from 5:00 – 7:00 p.m. at the Holland & Bonine Funeral Chapel. A Celebration of Life Service was held Saturday, July 27, 2019, at 2:00 p.m. at the 4-H Chuckwagon at the Great Northern Fair Grounds. Memorials in Scott's name may be made to the Scott Young Memorial Fund. You may visit Scott's online Memorial Page at http://www.hollandbonine.com to leave a message of condolence for his family.

Scott was born December 12, 1949 in Havre, MT to William ("Bill") and Una (Barber) Young. He was raised on the family ranch in the Bear Paw Mountains. After graduating from Havre High School in 1967, Scott joined the Montana Army National Guard and continued to work on the family ranch. Scott married Kaye Norman on June 28, 1970. They ranched with Scott's parents until 1974 when they purchased a hay ranch in Harlem, MT, and developed a feed lot. While in Harlem, Scott and Kaye were blessed with three daughters Jolyn, Jamie, and Jennifer. In 1980, the family moved to Grass Range, MT, before permanently relocating to Havre in 1982 to join Kaye's parents in business, operating Norman's Ranchwear.

Scott loved working in retail and cherished the lasting friendships that he made with his employees and his loyal customers. Scott valued all of his wonderful employees over the years, but one special employee, Kimberly (Wassmann) Federspiel, has worked alongside Scott and Kaye for fifteen (15) years and became family.

Scott's love and commitment to Kaye and his daughters was unwavering. Scott and Kaye's 49-year marriage was a partnership anchored by love, mutual respect, devotion, forgiveness, perseverance, hope, laughter, and faith in Our Lord and Savior Jesus Christ. In their early years of marriage, Scott and Kaye were avid bowlers and won many trophies. Scott and Kaye loved to play cards, especially pinochle, and enjoyed hosting card parties. Some of their most cherished moments were visits in the car while traveling to watch their daughters' or grandchildren's sporting events.

Scott greatly enjoyed hunting and fishing, which he passed on to his grandchildren. Scott drew many deer, antelope and elk tags over the years, but was especially proud of his bull moose and big horn sheep ram which are displayed in Norman's.

Scott's love of cooking led him to start Bear Paw Barbeque with his good friend, Lance Johnson. When Lance moved on to start a new venture, Scott's close friend, Harlan Holman, joined Scott in many catering events. One of Scott's greatest joys was hosting family and friends and cooking for large crowds. Family, friends, and neighbors always looked forward to Scott's annual 4th of July Picnic at his beloved cabin in the Bear Paws.

Scott's generosity knew no bounds. Scott treated all people from all walks of life the same – he greeted everybody with a welcoming smile. It is impossible to name the countless Havre, Chinook, Hi-Line and Native American organizations, people, and families that Scott supported over the years. Scott would never be one to boast about his community involvement - he believed it was just something you did without seeking recognition for it. Scott enjoyed supporting area high school sports and Montana State University-Northern athletics. To honor his late daughter, Jolyn, Scott, was instrumental in bringing the Montana State High School Rodeo finals to Havre in 1992, 1993, and 1994. He was a founding member of the MSU-Northern Rodeo Team Booster Club. He was a strong supporter of 4-H. He served as a ring man at the Hill County and Blaine County 4-H Livestock Sales for several years, and never missed an opportunity to support 4-H youth by purchasing market animals. Most recently, Scott was serving as a board member for the Hill County 4-H Foundation, Trustee and member of the Havre Elks Lodge # 1201, and a member of the Milk River Gobblers.

Scott was affectionately known as "Boots" by his close friends. Boots loved his cribbage games and Sunday morning coffee at St. Jupe's. He was an avid Montana State University Bobcat and Denver Bronco Fan. There are too many great qualities about Scott to list, but some of the most memorable were his easy-going nature, his ability to make a great story even "greater" each time he told it, his fun sense of humor, and his love to tease people. Scott touched many lives and will be deeply missed.

He was preceded in death by his daughter Jolyn in 1992; parents Bill and Una Young; sister Loralee Clark; mother-in-law Carole Norman; and brother-in-law David Norman.