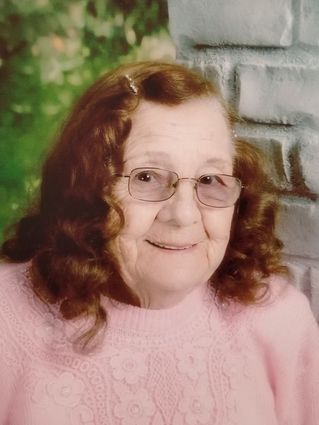 Philomene "Tootsie" Rose (Doney) Hawley, 98, went to be with the Lord on Saturday July 27, 2019. She was surrounded by loving family. Tootsie was born in Malta , MT on July 7, 1921 to Florence (Gardner) and John B. Doney. She had a very adventurous childhood, crossing the Missouri River in a wagon at age 5. She attended Mission Boarding School, where she worked in the bakery. This was the beginning of her legendary baking.

On June 25, 1936, John Byard Hawley and Tootsie were wed. Of this union nine children were born. After 32 years together her loving spouse passed. Tootsie was a hard worker providing for her family thru various jobs. Cooking and baking for her family and youth camps were her favorite pastime. Giving away her baked goods gave her great joy. She also loved sewing, canning, berry picking, camping, family gatherings and waltzing. Tootsie devoted 32 years to the foster grandparent program.

A rosary and wake was held at 7pm on Wednesday July 31, 2019 at the Mission Rec Center. Funeral services were Thursday August 1, 2019 at 3pm at the ST. Paul's Mission Church.

Arrangements have been entrusted with Wilderness Funeral Home of Chinook.