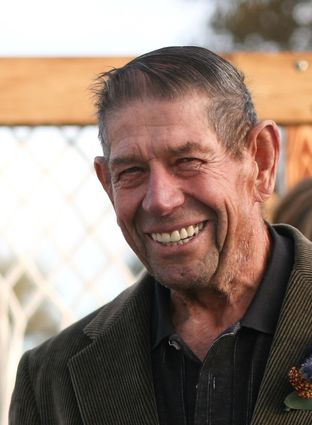 Gerald, known to many as Jack, was born on June 2, 1932, to Oliver W. and Marie (Roth) Schubert in McIntosh, Minnesota. Gerald was one of a combined family of twelve siblings.

Gerald married Dorothy M. Tautges on August 2nd, 1952, and they lived most of their 65 years in Havre. He was proud to serve in the United States Army and during his time of service moved his family to New Orleans to be near him.

Family and friends were everything to Gerald: Schubert Family Reunions at Beaver Creek Park, fishing and camping at Duck Lake, old car trips, and winter trips to Yuma AZ. He simply loved to fish! The Bears Paw Mountains was one of his favorite places to hunt and fish.

Gerald, along with his business partner, brother Ronald Schubert, owned and operated Schubert Brothers Construction in Havre. After their retirement, their "rentals" kept them busy, as well as his garden. Jack spent many hours in the garden and enjoyed canning the "fruits of his labor." He was a life-time member of the Eagles.

Gerald was preceded in death by his parents, brothers Everett and Alan, and beloved wife Dorothy.

Gerald's warm smile could win you over to his way of thinking in a heartbeat.

Cremation has taken place and a celebration of Gerald's life will be held at 11:00 a.m. on Thursday, August 15, 2019, at the Havre Eagles Hall, 202 First Street. The family has suggested memorial donations in Jack's name be made to the Friends of Beaver Creek Park, P.O. Box 2604, Havre, MT 59501. Holland & Bonine Funeral Home has been entrusted with arrangements. Please visit Gerald's online memorial page and leave a message of condolence for his family at http://www.hollandbonine.com.