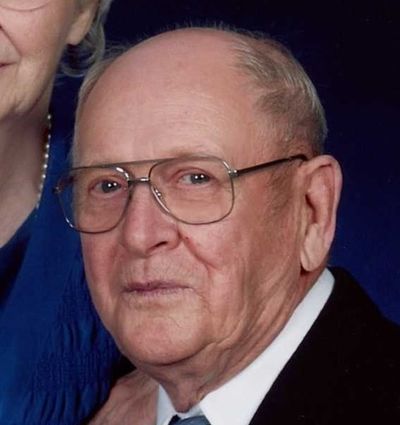 In 1939, he and his four siblings along with his parents and the family dog traveled to Harlem, MT, in a Ford Model A. His family farmed for a couple years and moved to the Chinook area. He returned to Missouri where he lived with his grandparents and attended Birch Street School where he graduated in 1943. He entered the Army and trained as a medic. He spent time in Riverside, California and Fort Lewis, Washington. He went to medic training in Denver before making his way to Vancouver, Washington, Hawaii, and Okinawa, Japan. He also spent time with the 773 unit on the amphibious personnel carriers.

After the war ended, he began working on the Miller Ranch. Soon thereafter, he began a long career of heavy equipment operation with Riggen Nelson, Meronick, and Zook, which he enjoyed. He also taught heavy equipment operators through Northern Montana College on Rocky Boy Reservation. Clinton was very proud of his construction work on the Tiber Dam and that he had the last fill across Tiber Dam. He smoothed it off for the final time and the construction piece was complete.

After retiring in 1987, he moved to Chinook to care for his mother. After she passed away he moved to St. Louis. In 2004, at the age of 79, he entered into his first marriage to his high school sweetheart, Melbaline Meeks. She passed away in 2009. Clinton soon moved back to Montana to be closer to family. For the past eight years, he has made his home in Great Falls.

Memorials in Clintons name are suggested to Sweet Memorial Nursing home in Chinook.