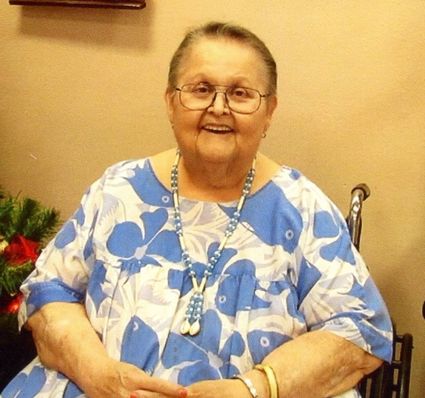 Edith A. "Edie" LePine, 74, passed away due to natural causes on Thursday, August 22, 2019, at Northern Montana Care Center. Cremation has taken place and private family graveside services will be held. Holland & Bonine Funeral Home has been entrusted with arrangements. Please visit Edie's online memorial page and leave a message of condolences for her family at http://www.hollandbonine.com.

Edie was born on May 12, 1945, in Havre to Elmer and Ruby (Benson) Sangrey. She was raised in Harlem, graduating from Harlem High School. Soon after, the family moved to Havre, where Edie attended Northern Montana College, obtaining her certificate in Nursing. She went on to work as an LPN for the Lutheran Home of the Good Shepherd for the next several years. In 1969, Edie married Noel LePine and moved out the Big Sandy ranch where Noel worked to cook for the ranch. A couple of years later, the couple had their son. In the early 1980's, the couple moved into Big Sandy, where Edie cooked for a little while at the café, and then worked at the Sande Convalescent Home until her retirement in the late 80's, which was due to her health.

Edie was an avid reader, who enjoyed gardening, sewing, crocheting, crafts, puzzles, and people-watching. She adored animals, and always had a small companion dog who followed her everywhere she went. She was a happy woman, always smiling. The family took annual trips to Glacier National Park, and Edie loved spending that time with her family. Most recently, she enjoyed the bus trips taken while at the Care Center.

Edie was preceded in death by her husband Noel LePine in 2014; parents, Elmer and Ruby Sangrey; and sister Mavis Lodmel;

She is survived by her son Shawn (Jeanette Hawley) LePine of Havre, and many friends.