Harlem Wildcat Football looks to bounce back in 2019 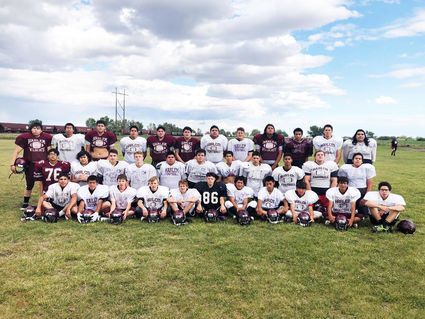 The Harlem Wildcat football team is again under the direction of Head Coach Stacy Cole. This is year number two with Cole at the helm and Harlem is looking to improve on a rough campaign a season ago.

According to a roster found on MaxPreps, the Wildcats have seven seniors this fall, they are: Tyree Doney, Taggert Devaney, Randall Brockie, Truth Brockie, Sonny Gray, Brandon Alcorn and Jevyn Schumacher.

The Wildcats will be the final team in the county to take the field as their first contest of the season is schedule for the first weekend in September.

The Wildcats will travel to Poplar on September 6 to take on the Indians in a Northern B clash at 7:00 p.m. They will be on the road again the following week when they take on the Wolf Point Wolves at 7:00 p.m.

Harlem will get to play in front of their fans for the first time on Friday, September 20, when they welcome Roundup to town for their Homecoming contest.

The Wildcats will then host the Glasgow Scotties on Friday, September 27 before heading back out on the road the following week to face the Mustangs in Malta. Kickoff for that contest is also set for 7:00 p.m.

Harlem will conclude their season with a home contest against the Fairfield Eagles on Friday, October 11. In Cut Bank on Friday October 18 to take on the Wolves. The regular season finale will have the wildcats at home for Senior Night as the welcome the Conrad Cowboys to town. All start times are set for 7:00 p.m.

The Montana Class B State football playoffs will begin Saturday, November 2 and will conclude with the State Championship on Saturday November 23.