By Kody Farmer and Diana Moloney 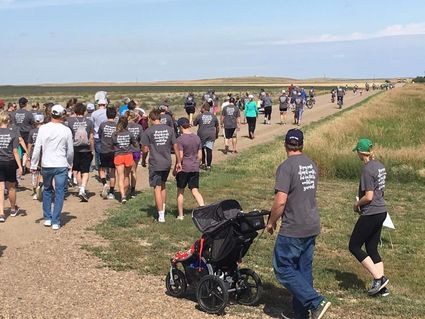 Walkers begin the eight mile trek back to Turner after attending service at the Catholic Church. People from all over gathered for the 5th Annual Tristan Billmayer Suicide Awareness Walk. Blaine County has dealt with an unusually large number of suicides this year as well as many additional attempted suicides. Raising awareness is critical to slowing sown the number of attempts and help individuals get the help and support they need.

Rural American has a 45% higher risk of suicide than the National Average and Blaine County is rural America. Hays/Lodge Pole has been greatly affected as well as Chinook, Harlem an...