By For Immediate Release 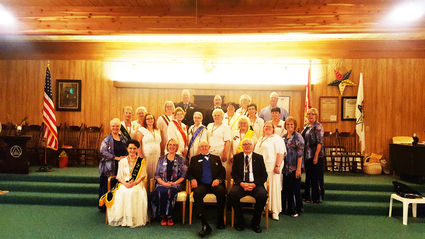 Worthy Grand Matron, Elaine Robinson and Worth Grand Patron Earl Bricker were in Chinook on Friday, September 13 making their official visit to North Star Chapter No. 23 of the Order of the Eastern Star in Montana.

Elaine Robinson of Superior, Montana, Worthy Grand Matron of the Grand Chapter of the Order of the Eastern Star in Montana made her official visitation to Northern Star Chapter #23 in Chinook on Friday, September 13, 2019 at 7:00 p.m. Worthy Grand Patron Earl Bricker, of Moore, Montana accompanied her.

Dinner at the Chinook Motor Inn at 5:00 p.m. preceded the meeting. All members of the Eastern Star were invited to attend.