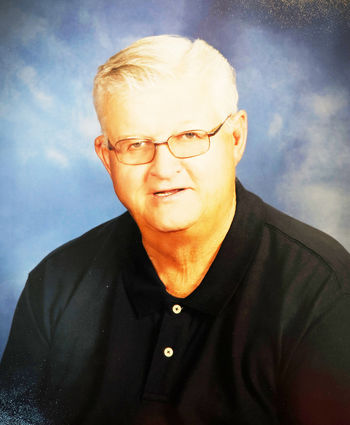 Montford "Monty" Oden Borlaug, 75, of Havre, MT went to be with his Lord and Savior on September 17, 2019. Services were held on Tuesday, September 24th at 1:00 p.m. at 5th Ave Christian Church in Havre, MT. A private burial was held Tuesday morning before the service at the south Gildford cemetery. There was a public viewing on Monday September 23rd at Holland & Bonine from 5-6 pm in Havre. Holland & Bonine Funeral Home has been entrusted with services and arrangements. Please visit his online memorial page at http://www.hollandbonine.com to leave a message of condolence for his family.

Monty was born on May 16, 1944 in Havre, MT to Mons and Esther Borlaug. He grew up south of Gildford on the family farm and enjoyed every minute of it. He graduated from Gildford High School in 1962(GO BRONCS!!). He then attended Northern Montana College for a brief time before returning home to farm with his brother Roger. He then met the love of his life, Joyce Ann Ellen Anderson from Hingham, MT. They were married on March 15, 1969 in Reno, NV. They spent the first 26 years of their marriage living on the family farm working and raising their three children, Brenda, Travis, and Shane before moving into Havre.

Monty was very passionate about working on the farm and teaching his children and grandchildren the ways. When he wasn't at the farm, Monty enjoyed throwing horseshoes, trap shooting, driving around the county checking crops, telling stories with all his friends and neighbors, and especially going to all of the coffee crowds, every morning. Monty and Joyce became avid snowbirds, traveling to Yuma, AZ for the frigid Montana winters. While in Yuma, they made countless friends and made lifelong memories.

His grandchildren were the light of his life. He was thrilled when he could travel around and support them in all of their school and athletic events. He and Joyce loved taking the grandkids on memorable trips such as to Disney Land, Minnesota, Amtrak rides, and having them out to their cabin in the Bear Paws.

He was preceded in death by his parents, Mons and Esther Borlaug, and nephew, Kurt Anderson.

Donations in Monty's name can be made to the National Multiple Sclerosis Society, the American Diabetes Association, and the American Cancer Society.