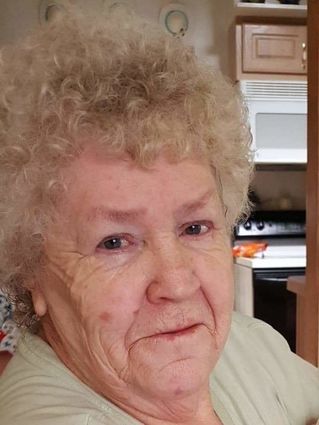 She was born on May 24th 1943 in Chinook Montana, one of 13 children born to Calvin and Julia Hall.

Kathern married her sweetheart Jerry Lowry on August 24, 1959 in Chinook, MT, and that same day moved to Sidney, MT, to start married life. Talk about a whirlwind honeymoon where Jerry had to return to work the next day. Kathern raised her 3 kids for years on the road while Jerry's job took them to many places. But when Dale started school mom settled in Sidney to raise her children.

While living in Sidney, Kathern worked in the local restaurant, and was later promoted to manager of the Eagles Café which she was very proud of. She Loved to cook, and was excellent at it as well!

In the winter of 1978, the family moved back to chinook where she continued her love of cooking at Tastie Bite and the Steak House.

After Jerrys death she continued working at the Tastie Bite where she met her match Carroll Rudolph. They were married on December 17, 1988. They spent Many wonderful years together. They enjoyed auction sales, wood working, rummage sales, and decorating their home and yard for each holiday. In fact, right up until her passing she was planning her decorations for Halloween!

She was proceeded in death by her sisters Mary, Isabell, Alice, Elanor, Lola, Evelyn, Rozella, and her brothers Frank, Ray, Buddy, William, 1 great grandson, and her husbands Jerry & Carroll.

In lieu of flowers donations can be made to Paws in Chinook, My Neighbor in Need in Chinook, or Blaine County Ambulance.

Funeral Services were held on October 19, 2019 at the Chinook Assembly Church in Chinook MT at 1:00pm. Funeral Arrangements were entrusted to Wilderness Funeral Homes in Chinook MT.