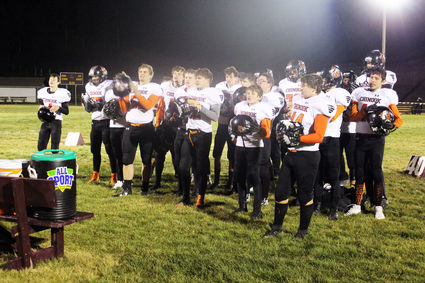 The Chinook Sugarbeeters had a rough go of things the first half of the season. While competitive, they were unable to gain the upper hand against the top teams of the Northern C.

The second half of the season has seen the 'Beeters win three of their last four contest, all by lopsided margins. Friday night in Rocky Boy the 'Beeters took down the Stars 69-6.

The Hays/Lodge Pole Thunderbirds are a very inexperienced, young team. They to have struggled to find their way through much of the season. The Thunderbirds boast a bevy of talented freshman and sophomores who have proven they can play...