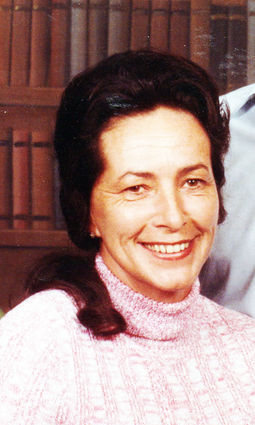 On June 26, 1933 at Fort Belknap, Montana, Donna was the first child born to Juanita Lova Hintt and Andrew HARVEY-Shortman. She passed away October 17, 2019.

She attended school in Harlem and Chinook and later married Clifton Lee Matthews on 27 September 1948 at Malta, Montana. They made their home in the Harlem/Chinook area, later moving to the Shelby/Conrad area, then to Coram. In 1972 they moved to Augusta, MT, building a comfortable home place which they enjoyed until 2012. After Cliff's death Donna moved back to "the 40" 2 miles east of Coram.

She was a homemaker and a care giver all of her life, first to her 3 younger siblings, then to her husband and children, then to her mother and aunts and uncle. She also served on the volunteer ambulance in Augusta for several years. During that time, she invested into obtaining training for the benefit of others. She was able to put this training to use while working at USFS fire camps during wildfire season. Family and genealogy were important to her. Her hobbies were tied to those interests whether it was Native American beading and crafts, creating family history notebooks and charts or doing activities and projects with her children and grandchildren. She put much effort into traveling to see close and extended family and to meet newly discovered relatives, and good friends.

She was preceded in death by her parents, her husband and his parents, Nolan C Matthews and Mamie A Kent; daughters Linda Lee Matthews and Vicki Rae Brown; her siblings Dolores V Blatt, Andrew Harvey-Shortman Jr. and Patricia A Lankford.

Her investment into all of our lives was a wonderful gift. We are thankful to have so many precious memories of her. She is greatly missed.