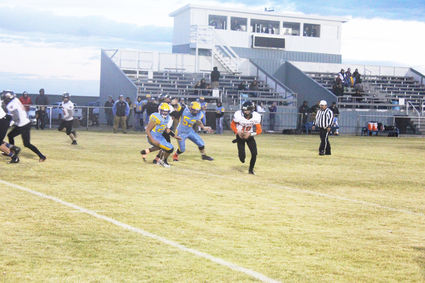 The Chinook Sugarbeeters put the finishing touches on their 2019 campaign by winning four of their five contests.

Chinook started off the season competitive, but were just a few plays short here and there in dropping their first four contests. Granted those games were played against teams who turned in playoff worthy seasons.

The 'Beeters were within a score of top ranked Fort Benton with less than two minutes remaining in the first half and played Centerville, and Park City strong for two and a half quarters. They gave the Shelby Coyotes all they could handle before falling late.