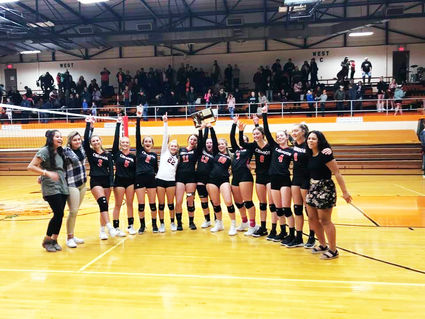 The Chinook Sugarbeeters, Harlem Wildcats and Hays Lodge/Pole Thunderbirds wrapped up the regular season volleyball schedule this past week and now turn their attention to the post-season.

The Sugarbeeters won three matches, beginning with a 3-0 sweep of the Thunderbirds Tuesday night in Hays. Friday Chinook was in Gildford where they won a hard fought five set thriller, 3-2 over the North Star Knights. That win locked up the District 6C-East top seed. Saturday they were at home celebrating senior night with a 3-0 sweep of the Box Elder Bears. The 'Beeters received their Conference Champion...