Frank Pehrson reflects on his time with the 57th Bomber Wing, American Legion and more 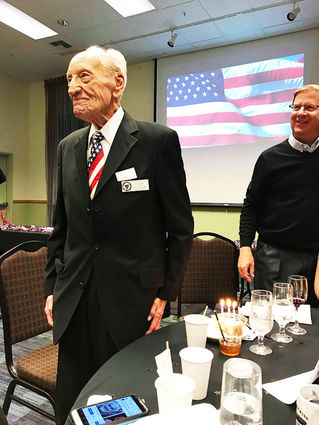 At the reunion banquet Frank delivered an impromptu speech prior the meal. Frank said he really enjoyed giving the speech, "I can always tell a story".

There are several residents living in Blaine county who are part of this amazing generation and one of them is Chinook's very own Frank Peh...