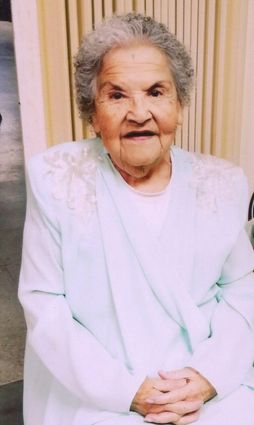 Iona J. Schilling, 81, passed away due to natural causes at her residence on Wednesday, October 9, 2019. Wake services began at 5:00 p.m. on Thursday, October 10, 2019, and continued until her rosary which was held at 7:00 p.m. on Friday, October 11, 2019. Her funeral service were held at 11:00 a.m. on Saturday, October 12, 2019. Cremation will follow her funeral service, and memorial will be held when Iona's ashes are buried. All services were held at the Sacred Heart Catholic Church in Fort Belknap. Holland & Bonine Funeral Home has been entrusted with arrangements. Please visit Iona's online memorial page and leave a message of condolence for her family at http://www.hollandbonine.com.

Iona was born on February 1, 1938, in Val Marie, Saskatchewan, to Frank and Talia (Trottier) Azure. Her mother passed away when she was young, and Iona attended school during her earlier years in Pierre, SD, high school in Harlem and later received her GED. She attended Aaniiih Nakoda College, where she received her Associates degree in business. Iona was on the President's & Dean's List while attending ANC.

On June 10, 1971, Iona married Charles Lee "Chuck" Schilling, and the couple raised their four children in Harlem, where Iona worked at the VFW, Nite Train & Service Man's, as the City Clerk, at Buttrey's and Albertson's, and as a daycare provider, business partner with her husband of C & I Painting and Auto Repair, and owner of the Spa Bar.

She was a happy woman with a great sense of humor who enjoyed reading, crossword puzzles, and crafting (especially with glitter). Some of her favorite shows were murder mysteries and Alfred Hitchcock. Iona was very family-oriented and was proud of all her children and grandchildren, so family gatherings were a favorite pastime, visiting and playing cards and fishing with Chuck was always a treat. She was an active member of the VFW Auxiliary and an active weather watcher on TV because she did not like storms. She was always warning her children or grandchildren of the weather and to be careful.